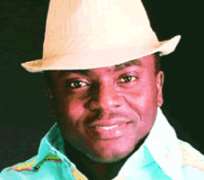 •Asu Ekiye
As you read this, NigermDelta-born gospel star, Asu Ekiye, is currently on a world tour with his full band.

The five-nation tour, which began last week, will see the accountant-turned entertainer thrilling music lovers in over a dozen cities in countries like the UK, US, Switzerland, Germany and Holland. The one-month outing, which started in London with a capacity-filled hall on March 27, would end with an already sold out concert in the US, in the middle of this month.

Confirming the good news, Ekiye, a strong member of the Artistes United for Jonathan, disclosed that the tour is being powered by More Than Music Ministies, a leading gospel promotions outfit with heavy presence in both the US and Europe.

While on the tour, the award winning and accomplished singer, who recently concluded an empowerment programme for some selected youths in all the nine states of the Niger Delta region, would be interviewed live by Trinity Broadcast Network (TBN), in their US studios. Ekiye who equally plans to launch his fourth album, Eniye (Its Mine), while on tour in the US, said the album would be used to further glorify God and his good works in his life and that of his teeming fans and supporters.

'Like I told you earlier, this is a very busy year for me, I'm already on world tour of five nations that will see me entertaining my teeming fans in over 12 major cities in US and Europe. I will also launch my fourth album while on this tour, as a special gift to my fans and all believers.

So far, the response from my international fans has been awesome and overwhelmimg. In fact, they want me to extend my tour, but painfully, I cannot. And the reason is because I need to be back in Nigeria on time to prepare and play my role in the inauguration of President Goodluck Jonathan. He has done well and truly deserves our votes for a fresh term in office.'