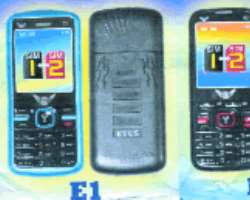 The immediate past president, Association of Telecommunication companies of Nigeria (ATCON) and Chief Executive Officer (CEO) of Teledom Group, Dr. Emmanuel Ekuwem, has said that network operators may have changed the status of a few Nigerians, but their exploitative scheme is their short fall.

A former university don and technology guru, while speaking exclusively with Sun Tech, commended the timely action taken by the telecommunication regulatory body, the Nigerian Communications Commission (NCC) to halt incesant promos embarked upon by the firms.

'Hypothetically, if 10 million subscribers in the country play a promo per SMS at the rate of N100, that equals to N1 billion. Every other thing put into consideration, if such operators lets say deduct N3 million for logistics from the N1 billion, it shows that per SMS they have gained N7million'.

He also pointed out the reasons for Subscriber Identification Module (SIM) card registration, reiterating that it would help to combat crime as well as having accurate active subscribers' data.

The University of Ife now Obafemi Awolowo University (OAU) alumnus, also spoke on several salient issues from recommending a new Executive Vice Chairman (EVC) NCC, to the future of Nigeria when it concerns technology, while reeling out some of his achievements as the immediate past president of ATCON.

He said: 'For those who refuse to adapt to Worldwide Interoperability for Microwave Access (WiMax) and Long Term Evolution (LTE), the fate of dinosaurs awaits them. Technology evolves, converges and we have a common platform. Recently, technology has made our national television broadcast station, the Nigerian Television Authority (NTA) to be watched on the internet. This is TVIP; this is one of the things that thrill me. As I said earlier technology is evolving and it is dynamic.'

Excerpts:-
Achievements
I feel highly privileged and humbled by the opportunity the industry gave me to serve it. The experience I garnered while in office as the President of Association of Telecommunication companies of Nigeria (ATCON) had been wholesome and fulfilling .It afforded me to serve and do everything in my capacity to move the association forward. We brainstormed on salient industry issues and worked on them. First we worked on investment in the telecom industry, which is a vibrant and knowledge sector of the Nigerian economy .I agree that it has brought lots of capital to the country but we do not have sufficient manufacturing base to keep a sizeable, percentage of that in the country because if one attracts $18b and at the end of the day $12b or $16b flows out as a result of importation we should know that it is not yet uhuru.

Forum
We also worked on telecoms financing. We had a forum of power in the ICT sector. The truth is that many people are spending lots of money to power their generating sets and the Power Holding Company of Nigeria(PHCN) has become a third level of redundancy, which is quite shameful. And it has become an alternate power supplier. We brainstormed on what to do by suggesting to the presidency by offering other solutions like solar, biomax and other means.

We looked at telecoms franchise because we were concerned that we were working hard on voice because everybody was busy talking since the advent of Global Satellite Mobile (GSM) and we found out that there was insufficient broadband infrastructure penetration. The voice we thought we were about to conquer was city and urban areas intensive and how do we reach the underserved and un-served areas of Nigeria. We then thought of a solution of inviting smaller companies or 'sons of the soil' who do not have the financial muscle to get a license from the Nigeria Communications Commission to be a GSM, Coded Decimal Multiple Access (CDMA),Fixed wireless operator and decide to partner as franchisees to existing operators. The franchise so agreed between them and those operators to reach out or penetrate remote areas. This business arrangement is not known by the NCC but it is a strategy to serve the underserved and un-served.

We held another one on quality of service (QoS), there was a time when the quality of service by network operators was nothing to write home about. It was very poor. So many failed attempts before one could make a call and several dropped calls. It was quite painful because between the calling and the called party, there is a desire for information, which could be political, romantical, economical, or whatever. The most important thing is that information is required at that particular time when that call was made. If several failed attempts before one could make the necessary call that one are not sure to retain owing to drop calls, this will have a negative impact on the economy. People are not aware of this but only professionals will know that the culminating effect will have a negative impact on the Nigerian economy because we lose productivity. It just like bad roads, we see the small picture but we don't see the big picture that would culminate into wear and tear of the vehicle.

Basically the dropped calls and QoS made us held this stakeholders forum since the amount spent on recharging credits by million of subscribers was not picked in the gutter or grow on trees. There must be value for money, so why should network operators deduct money for calls that were dropped without providing the necessary service. There must be service delivered before you pay. We appeared at the senate over it and in my tenure, there were so many appearances.

Thereafter, we held a stakeholder forum on 'Nigerian content development' and that is a critical issue that we call an $18 billion industry. How much of that have we retained? we can only retain a percentage of that when there is sound manufacturing capacity that will make sure that lots of raw materials come from the country and made for Nigerians. That is when we can retain the inflow and once this is achieved it creates employment and lots of juvenile delinquencies are thwarted and prevented.

I commend Omatek, Zinox, Speedstar and Brian and those of us about to go into manufacturing that no matter how small, is still business .Like the World bank always say think big, start small but upscale fast.

WiMax/LTE
For those who refuse to adapt to Worldwide Interoperability for Microwave Access (WiMax) and Long Term Evolution (LTE), the fate of dinosaurs awaits them. Technology evolves, converges and we have a common platform. Recently, technology has made our National Television broadcast station, the Nigerian Television Authority (NTA) to be watched on the internet. This is TVIP; this is one of the things that thrills me. As I said earlier, technology is evolving and it is dynamic.

Teledom
I am fully back to my business and looking at Teledom issues. Since 1998 till recently that my tenure expired I have been going for industry issues but now as a business man, I have to look at business issues as well as way forward.

Basically, we design networks, acquire technology to provide solution, we build highways, implement, manage, provide, and integrate networks to companies. We expect broadband infrastructure rollout in the country. Teledom has played prominent roles in unfolding broadband space. It is all about adding value to the Nigerian content.

Telecom lottery/Promo
Actually, the call by the (NCC) then to halt lottery like promos by network operators could not have come at a right time. It is never late and I think that NCC should be taking this decisive action against the operators. Although these promos or as the case maybe lotteries are real but the issue is that network operators have become exploitative with them. An operator has a 25 million subscriber base and if out of them, 10 millions subscribers play in the lottery for a Rio car or whatever prize, they would still have gained.

Hypothetically, if 10 million subscribers in the country play a promo per SMS at the rate of N100, that equals to N1 billion. Every other thing put into consideration, if such operators lets say deduct N3 million for logistics from the N1 billion, it shows that per SMS they have gained N7million.