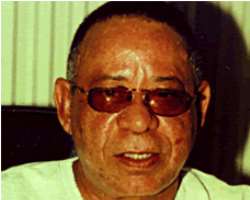 This danger signal was sounded by Chief Robert Clarke (SAN), in an interview with Daily Sun in Lagos. According to him, the implication of the amendment is that most of the governors whose elections are being disputed might have completed their tenure before the final decision of the apex court in view of congestion at the court:

'I am not happy that 36 gubernatorial election petitions should terminate at the Supreme Court without restriction being placed on it. I am aware as of today, there are 204,000 cases before the Supreme Court. They have only three panels to consider those cases. There are not many justices. As at today, 204,000 normal criminal and civil cases are yet to be determined.'

He spoke further on the need to amend the electoral law to make INEC accountable, unwholesome practices of the National Assembly and other issues. Excerpts:

Therefore, Mr. President, because of the input in section nine cannot give an assent. That position also has inbuilt provision that the passage of that Act must be by two-thirds majority. This is very significant because even in an ordinary bill, when it goes to Mr. President having been passed the National Assembly and he refuses to assent it, it comes back to the National Assembly, and once they re-pass that bill with two-thirds majority, it automatically becomes law. It no longer requires the assent of Mr. President. Therefore, the constitution, in section nine, which deals with amendment of the Constitution, has an inbuilt provision that two-thirds must pass the amendment, so that whether Mr. President likes it or not. It does not require his assent there is inbuilt two-thirds which the law says removed his veto.

Agbakoba's suit
I will tell you why the suit filed by my good friend, Olisa Agbakoba (SAN) is premature. What about if the proposals are not adopted by the two-thirds majority of the 36 state houses? That would be the end of the process. Then, there would be no bill to be enacted into the Act of National Assembly. So what did he go to court for? What was on hand at that stage he went to court were mere proposals which were to be considered, not only for National Assembly, not for the purposes of passing them into law immediately, but to enable them start a process that would go round the 36 states.

This is corruption in the extreme. Nigeria is so corrupt that we should all be ashamed. In international politics, a political party is like a club. It is like Island Club, Ikeja Country Club etc. They have their own rules. Why should the rules of common clubs be passed into Constitution amendment? It is stupidity with due respect, of the highest order. Political parties are known to be self-governing in every aspect.

If the club says okay we don't want you again as our chairman and now you, have made it part of the constitution that you must remain our chairman as long as you're a lawmaker, how are we going to remove you? It does not make any sense at all. It is not in every situation that we find ourselves that we must amend the Constitution. The Constitution is not an instrument that you wake up everyday and toy with. America, with almost 200 years of Constitution has only amended it on a few occasions.