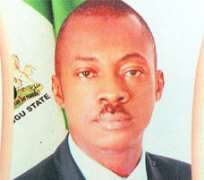 Governor Sullivan Chime's faction of the Peoples Democratic Party (PDP), Enugu State, has dismissed the recently conducted congress by the Nwodo faction describing it as an exercise in futility and disobedient to the directive of President Jonathan and other top party stakeholders.

In a press statement issued by the governor's group, the Publicity Secretary, Dr. Okey Eze, noted that there was a directive that the congresses be suspended for both parties to harmonise the party structure in the state as demanded by the national chairman.

According to him, 'it is also on record that the same Nwodo group turned down the 50-50 sharing formula of the party structure proposed by the national chairman himself and adopted by the National Working Committee (NWC) of our party for implementation in line with the agreement reached at a peace meeting by the President, Dr. Goodluck Jonathan, his Vice, Namadi Sambo, former chairman of the Board of Trustees of the party, Chief Tony Anenih, the National Chairman of the party, Dr. Okwesilieze Nwodo and Governor Sullivan Chime.

The group noted that 'the reported gathering of a group of individuals at MacDavos Hotel, Enugu, to elect officials of the PDP is another act of illegality that has no place in the constitution of the PDP. It is a desperate plot to cause chaos in the party and create a false impression that there is another parallel executive in Enugu State PDP.

'We are also aware that they have perfected plans with the support of their godfather, Dr. Okwesilieze Nwodo to recognise and adopt the results of the party primary election that will be conducted by the new group. 'Let it be on record that the NWC of our party since the current face-off in Enugu State chapter has never officially communicated to the Vita Abba-led State Executive Committee of the party through proper channels as required by the party's constitution dissolving or directing for fresh congresses.

'It is equally an undisputable fact that the administrative measures adopted by the national chairman over the Enugu matter have been illegal, considering the fact that the party has never written us through the office of the national secretary communicating any decision reached by the NWC to conduct fresh congresses in Enugu State.