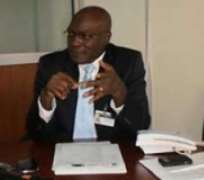 Over the past few years, the yearly average generation stood at 3,000 MWs - sometimes less.

But the National Integrated Power Project (NIPP) has assured that it would add about 250MWs of electricity to the national grid. NIPP engineers are said to be testing and re-testing the first of the turbines in Olorunsogbo, Ogun plants with the aim of firing it by today.

Managing Director of the Niger Delta Power Holding Company, the agency managing the project, Mr. James Olotu, told The Guardian yesterday: 'We are on course to firing the plant today or tomorrow. At the latest, January 1, 2011, the plant will come on. Our engineers are on ground, testing and re-testing the facility to ensure that when the plant comes on stream, noting goes wrong. I can assure you that we are few hours away from achieving this joyous moment.'

As part of the roadmap for the power sector launched by President Goodluck Jonathan on August 26, 2010, it was envisaged that from the rehabilitation of existing Power Holding Company of Nigeria (PHCN) power plants owned by the Federal Government, Nigeria would increase its actual generation capacity from 3,092MWs to 3,508.

The document also has it that: 'Despite annual capital injections averaging $2 billion per annum, the available capacity of Nigeria's state-owned electricity utility has been stuck at about 3,000MWs for the past two decades.'

Unfortunately, with less than 24 hours to the end of the year, there is no hope that the existing power plants can perform any magic to achieve much-talked about target.

An impeccable PHCN source told The Guardian that the generation fact sheet as at press time stood at 3,100MWs, with the possibility of hitting 3,200 before the end of the day.

Despite the seeming inability of PHCN plants to achieve its targets, the NIPP said yesterday that it was still on course to delivering the 230MWs promised before the end of the year.

'We don't want to fire the plant and it goes to sleep. We want to fire it and it continues to operate and meet the expectations of Nigerians. We are not doing any official commissioning for now. Remember that I am to deliver thousands of mega watts through NIPP,' Olotu said.

On when the commissioning of the plant would be, he added: 'I don't want to make so much noise over this one yet. Once the plant runs for about one month, and Nigerians truly confirm that we are for real, the President would do the commissioning. I assure you that once the plant is fired, Nigerians will notice a remarkable improvement in power supply.'

He went on: 'Once the plant is fired today or tomorrow, you will see a remarkable difference. Within the next two days, go to the meters and check.'

He regretted that the turbine with 750MWs electricity capacity, would add about 250MWs at commissioning by end of this December. On completion by August next year, the plant is expected to come on full stream, delivering the complete capacity of 750 MWs.

The NIPP plants will be managed under Operation and Maintenance (O & M) contracts now being prepared by the Niger Delta Power Holding Company (NDPHC), the parent company of these plants.