IBB under Pressure to Pull Out of PDP 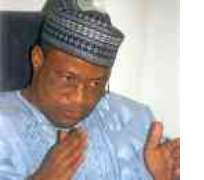 The recent consensus candidate arrangement by leaders and elders from northern Nigeria in the People's Democratic Party (PDP) that gave birth to Nigeria's former vice president Alhaji Atiku Abubakar as their flag bearer may suffer a major setback any moment from now, as efforts by PDP top notchers to stop Rtd General Ibrahim Babangida from pulling out of the party to grab presidential ticket in another party has hit the bricks.     Huhuonline gathered reliably that, while the leadership of the PDP was working tirelessly to safeguard against deflection of its presidential flag bearers to other parties backed by efforts by northern caucus of the party to ensure that the north has one voice and one support, loyalist of IBB have capitalized on his disaffection over the choice of Atiku to woo him (IBB) to seek presidential ticket in another party.

Those who want IBB to pull out of the consensus candidate arrangement, according to sources, hinge their argument on the fact that Atiku does not stand a bright chance of winning President Johnathan Goodluck at the party primaries, as most of his helmsmen have deflected to the Action Congress of Nigeria (ACN) and other political parties during the 2006 crisis that made him pull of the PDP to ACN.

There are indications that IBB in his usual maradonic style would pull a last minute suprise,however,it was learnt that the IBB camp is currently divided over whether he should remain in the PDP and stand by the consensus arrangement as he had earlier declared or pull out of the PDP.

In the meantime none of those who put the consensus arrangement in place and his stucnhmen are ready to comment on the issue which is considered controversial and presently causing nightmare to the party leadership. . The final decision apparently rest with IBB who had threatened to reconsider his membership of the PDP along with some other aggrieved members of the party if their grievances were not resolved.

The PDP is said not to be comfortable with the development surrendering the consensus candidate arrangement by the north despite its pretense in describing the actions as petty.

Aside the IBB issue, a fresh crisis is now mounting in the PDP over the zoning arrangement which has been dropped by the new leadership of the party, thereby paving the way for president Goodluck to run. It was learnt that some top echelon of the PDP drawn from the South-east and Northern geo-political zones are not comfortable with decision of the party to dump zoning and have been pretending about it.

Going by the previous zoning arrangement the north was supposed to produce a president under the PDP until 2016 when power would be shifted to the south-east.

Chief Anthony Anenih, a former chairman board of trustees of the PDP confirmed this when in 2006 he advised the south-east zone to stop agitating for presidency and respect the party's zoning arrangement by waiting till 2016.

Apparently the death of Alhaji Umaru YarAua has helped to rubbish this arrangement as the deprived south-south zone could not help grabbing the opportunity presented to them by God.

Those who are currently galvanizing for zoning to be respected are mostly from the Atiku camp and are said to be lobbying intensively for party members to respect the part's zoning arrangement in their voting pattern at the primaries.