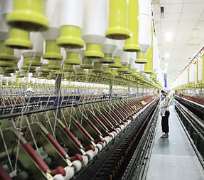 The Nigerian Textile Manufacturers Association has said that the lifting of the ban placed on the importation of textile materials by the Federal Government may threaten the repayment of loans taken under the Textile Cotton Revival Fund.

According to the association, the loan beneficiaries are being exposed to unfair competition through unbridled importation of textile materials.

The Federal Government, through the Ministry of Finance, had, in a memo to the Nigeria Customs Service, lifted the ban on the importation of textile materials, furniture, toothpick and cassava products, while also raising the age limit of imported vehicles from 10 to 15 years.

But the Director-General, NTMA, Mr. Olarewaju Jaiyeola, who spoke to our correspondent on the telephone on Tuesday, said that the policy of allowing textile imports into the country could lead to the total collapse of the ailing indigenous textile industry.

He, therefore, urged the government to reverse the decision to lift the ban on the importation of textile materials into the country.

According to him, the N100bn revival fund, from which textile manufacturers borrowed to revitalise their operations, may be difficult to repay.

He said that there was no way the textile manufacturers could operate competitively to repay the loan if they were not protected.

He added that about 10 members of the association had benefited from the fund by taking loans from the Bank of Industry, the fund administrator, which recently claimed to have received about 50 applications for the loan and disbursed about N30bn, as at November, 2010.

Jaiyeola said that if the government would not reverse the policy, then it should comply with the conditions set by the association for the revitalisation of the industry.

He said, 'If they don't protect us, how will they recoup their money? You should expect the demise of the textile industry with this policy. Government should reverse the ban on the importation of textile materials. But if they cannot, then they should meet our conditions.

'We told them that they could not lift the ban without meeting some conditions. Some of the conditions include the challenges we are facing with epileptic power supply and Low Pour Fuel Oil, and we want government to reduce the price of gas.'

He also said that the association had demanded that government should grant textile manufacturers five years' tax holiday, stop exportation of cotton; strengthen the Customs to manage the borders and make all woven fabrics to attract a duty of 20 per cent. This, he said, was with a textile development levy of 10 per cent to develop the industry as a replacement of the Textile and Cotton Revival Fund.

The association also asked for prompt disbursement of the Export Expansion Grant, with Jaiyeola adding that the government had yet to satisfy the yearnings of the industry before exposing it to unfair competition through the policy reversal.

On the origin of the Fund, Jaiyeola said that, at a meeting with the stakeholders on August 31, 2002, former President Olusegun Obasanjo had set up a Presidential Committee on the Revival of the Textile and Garment Industry in Nigeria, under the chairmanship of the then Minister of Industry.

He said the committee had submitted its report in December 2002, and its recommendations included that a Textile Up-Gradation Fund be set up under the BoI to provide long-term loans at single digit interest rate as obtainable in India; adding that a more detailed study of the industry should be carried out to identify ways of reactivating it.

Jaiyeola added that the United Nations Industrial Development Organsiation and the Federal Ministry of Industry had commissioned an international consultant, on textiles, Gherzi, to do a thorough study of the industry.

He noted that the consultant, in its report submitted in July 2003, also recommended the setting up of the Technology Up-Gradation Fund.

This is because the Nigeria textile industry, with its obsolete equipment, will need considerable funds to upgrade its production base and to reduce costs.

Gherzi has estimated if 30 per cent of the existing installed capacity in spinning, weaving and processing is to be replaced, funds in the order of $ 250m would be required.

He said upon considering these recommendations, the Federal Government announced the N50bn Textile Revival Fund in July 2006 and set up a Committee under the Chairmanship of the Minister of Finance to source for the Fund and administer it.

According to him, the committee recommended that the Fund should be N70bn to reactivate the Cotton/Textile/Garment industry and the Fund was launched by the ex President in May 2007.

He said on the exit of the former regime, the present administration reconsidered the project and decided to go ahead by increasing the Fund to N100bn.

Olarewaju said, 'Actualization of the Fund started in December 2009. From the above it could be seen that the Fund was conceived and actuallised after thorough study and consideration by the government.'