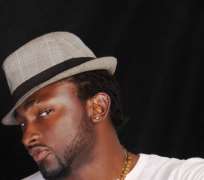 After battling it out for a gruelling 91 days, Nigeria's own, Uti Nwachukwu has become Big Brother Africa's newest millionaire!

The 91 days are over and tonight the winner of the Big Brother All stars was announced, 27 year old nigerian born, Uti Nwachukwu won with 8 country votes against runner-up, Zimbabwe's Munya's 7 votes.

After fighting off stiff competition from Zimbabwe's Munya Chidzonga, Uti was announced the winner of a cool USD 200 000. There was palpable tension as soon as host IK was beamed onto the House screens to make the announcement. Both Uti and Munya, who had earlier professed how nervous they were, sat on the couch, their cigarettes in hand.

Uti stared into one spot while Munya bowed his head and held Uti's hand. Munya stared at the ceiling in disbelief for more than two minutes. He held his heads in his head and looked like he was holding back a bucket of tears. As soon as Uti found out he had won, he jumped onto the couch and sang his national anthem.

Munya walked out slowly not believing what had happened. When interviewed, Munya mentioned how he wanted to make it further than he did last time. He saluted and did the Diamond Boy sign. As soon as he saw his family, he fell into his mothers arms and burst into tears.

This is the second consecutive time that a Nigerian would be winning BBA, it would be re-called that another nigerian, Kevin won last year at the Big brother revolution. And now Uti, no wrong in that as the best man already did win. It would also be recalled that Uti had lost his father mid way into the show but amidst the low point chose to play on, and it sure did pay off in the end.

We wish Uti a big congratulations and good luck in the future. Lets pop the champagne!