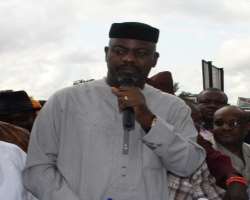 According to statement from Mr. Patrick Ugbe Chief Press Secretary/S.A. Media to the Governor, Mrs. Imoke passed on in the early hours of Monday, October 04, 2010.

She was a retired nurse/Midwife practitioner, and a pioneer Community and Public health delivery expert, who devoted her lifetime to serving her community.

The statement said: "She is survived by Six (6) children, among them, His Excellency, Senator Liyel Imoke, Governor of Cross River State. Obsequies will be announced later by the family. May her Gentle Soul rest in peace."