WHY WOMEN CHEAT IN A RELATIONSHIP 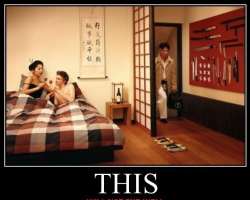 Years ago in Nigeria, a women cheating on her spouse was unheard of but in modern times the member of woman who cheat on their spouse is growing exponentially. The difference in men and women cheating is that men often cheat for physical reason while women often have emotional reasons for cheating on their partners.

The reasons why women cheat include loneliness, revenge, boredom and self-esteem. These factors may be inexcusable but they do exist in the minds of a cheating women. In Nigeria of today, more and more women are becoming guilty of cheating on their partners and it is often emotional reasons rather than lust that drive them of these affairs.

Loneliness is one of the primary reasons that women seek out affairs and cheat on their partners.

Although it sound contradictory that they should feel lonely because the women are currently in relationship, it is often a relationship that is not emotionally fulfilling. Women involved in these unsatisfactory relationship may feel as lonely if not more so than women who are not in a relationship. If a woman is not receiving the attention she feels she deserves in a relationship, she may be tempted to seek that attention else where and become involved in an affair. A partner who becomes overly involved with his work or a hobby may not make time to spend with his partner and this often results in the women feeling as if they are all alone.

One of the most prevalent reasons why women cheat is that they feel as though their current partner is not lavishing much attention on them and they feel lonely even in this presence. This feeling of loneliness can drive a women to cheat on her husband confirms Mrs. Bakare, a banker. Revenge has also become and increasing factor in why women cheat. The modern woman is no longer willing to sit back and accept the fact that their partner may cheat on them. The theory of ''An eye for an eye'' has unfortunately trickled down into the real of romantic relationships and many women see a cheating partner justification to have an affair of their own. They believe that they are justified in having an affair if they catch their partner cheating on them. Further more they may be extremely hurt by their partner's actions and seek a way to hurt them in the same way. While it is not a justifiable reason, many women see revenge as an appropriate reason for cheating on their spouse. If a women confirms or even just holds a suspicion that their partner is cheating on them, they may be driven to engage in an affair of their own as an act revenge just like Mrs. Ikechukwu, a nurse did to get even with her husband

While an affair may bring about a temporary solution of making the women feel excited about love again, it may ultimately destroy both their current relationship as well as their cheating relationship. An affair is exciting not only because it involves sneaking around and ultimately getting away with doing something wrong. To many women this is very exciting and they are willing to risk losing their relationship over their affair. Many women cheat because they are bored with their current relationship and they seek to bring excitement back into their life through engaging in an affair.

Another reason why women cheat is a lack of self esteem. Women may feel they are not getting an adequate amount of admiration from their partner and they may be tempted to cheat, to affirm that they are still attractive and desirable. When a relationship meets a stagnant point where the partners are no longer making a conscious effort to reassure each other that they are still desirable, many women begin to feel insecure. This insecurity lead women to seek affirmation of their desirability outside of the relationship in the form of an affair.

While women with a healthy self-esteem are more apt to remain happy in a relationship, those that lack self esteem are often driving to cheat on their partners.

Being found desirable by another compensates for the lack of longing they feel from their partner and helps to boost their self-esteem.

Men are now the only ones who cheat on their partners. It is becoming more and more common for women to be guilty of cheating. While women are beginning to cheat as often as men, the reasons why women cheat are much different from the reasons why men cheat.