Women And Their Step Children 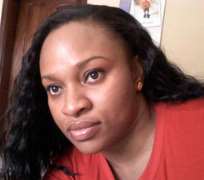 Since the time of Snow White and Cinderellas, step mothers have always been shown in a very bad or an evil light. Women can become stepmothers through so many ways. A woman sometimes gets married to a widower or a divorcee. Some other women have become step mothers due to men's infidelity.

The role of a step mother is often a very difficult one as the children tend to test the step mother before they welcome them. Some might never be welcomed by the children. Trying to act like their real mother can certainly cause altercations, in which case the step mother finds herself in a very tricky situation.

Yes, you could have accepted him out of desperation for marriage and most times simply because you were so much in love with everything about him which is very acceptable. You saw the children and believed you would cope with them and have a happy co-existence. But now, what you are getting is totally different from what you expected.

Like I said in the paragraphs above, it is always a very tough task both for women and their step children when it comes to coping with each other. I have come to realise that the children struggle with a feeling that is stronger than they. It takes a very strong, emotionally matured woman to make them overcome it.

When you eventually decide to settle down with that man, don't forget you are going to share his love with the children. The mistake most women make is that they easily forget there are other people, possibly grown-ups, who were there before them. It is not possible having the man all to yourself like your friend who is married to a never-married man.

If you are in love with a man with children, the first thing you should do is to strive to establish a very good relationship with his children. You would be making a very big mistake if you decide to relate with them as their step or biological mother. It is always a wiser choice relating with them as friends and partners. This way they feel respected and wanted.

I have seen women who are married to single parents fight so hard to establish their place in the home. Maybe you are afraid not to let his divorced partner come into the home. You are threatened by the presence of the children and their relationship with their mother. It is a natural thing and there is nothing you can do about it.

No matter how much the children love and accept you, it will be foolish of you to think they will love you like their biological mother. In a case of divorce, you should know they are not happy not having their mother in the home. Some of them may even end up seeing you as the reason for the unsettled differences between their parents especially if you met the man not too long after the separation.

It is easier relating with your step children if they are very young when you get married to their father, but if they are adults, it will take extra effort to have a good relationship with them. They may even insist on having their mother visit sometimes and that, I know, is what you dread.

You want them to be making requests from you, but this may never happen. They want you to know that they are closer to their father than you are. Some of them will intentionally do things to make life miserable for you, especially the girls. But girl, you have to see it as one of those things.

A friend sometime ago complained to me about the attitude of his wife who has refused to let his children from his first wife visit the home.Women, this is very wrong as it makes the man feel you have not come to love and accept him. This is true because if you really love him, you will accept his past and everything about him.

You can struggle so much to keep those children away from the home but definitely not from the man's heart. Remember, most men now have their will and you can never say what is in his will. The best way to get a man to even love you more is by accepting his children.

It wasn't easy for her when the children moved in because there was so much disagreement to the point that she decided to move out. I thank God He used me to get her back to her home and today, they are one big, happy family.

I have another friend who went through that battle years back and I thank God she listened to wise counsel.Today, she is living happily with her husband and step children. Recently when I visited her, she told me how her step daughters now love and appreciate her. She told me how the eldest one recently told her that any day she is getting married; she would like her to take the position of her biological mother. This is what a godly counsel can do.

Please run away from those friends who only open your eyes to the negative effects of step-parenting. I have seen childless women being loved so much by their step children that you can never know they are not their biological offspring. Your step children could be your hope in the nearest future.

Okay, there are also step mothers by virtue of infidelity. This is the toughest one. You could be in that situation now, but I want you to learn from my own experience. I once found myself in that situation where the man started keeping late nights in a nearby restaurant. I refused to believe all the stories about him and a waiter in that restaurant. A day came that my brother sent for me and asked me what I heard when I got to his school; the girl was pregnant for him. It was a nightmare and period of emotional blackout as that was my first relationship and I had just had my second baby.

I got back home expecting an apology from him, but being a typical example of the tyrannical Nigerian man who believed he had the money, there was no apology rather I was beaten after which I started getting calls from the girl insulting me and telling all sorts in his presence. It got to a point that my clothes and even the big bed in my room was taken to her. I kept all these away from people even my closest friends and family just to protect his image. I thank God for the grace never to respond to any insult as I had options to harm her. But I decided to prayerfully let God have His way.

A day came that I was in my room and suddenly I saw him come in with a little girl of about two years old. He called my house help and handed the girl over to her. Remember, I wasn't even briefed on the next step of bringing her in. Most women of my time would have rained fire and brimstone, but I decided to watch things as they unfold.

I got her into my children's school, I took care of that little girl that most people who didn't know me before then believed I have five children. To those that knew, I lied she was my cousin's daughter. I lived with her for seven years, bought the same clothes for her as my second daughter; I made them look like twins. That way, he totally forgot the girlfriend and faced the home.

One thing I refused to do was to see the mother in the girl. I refused to punish her for the offence of the mother. I saw her simply as a little innocent girl who needed to be loved and cared for and that I did for her believing she will grow up to remember that. It wasn't as easy as I made it sound. There were times when I felt I was being stupid. There were times she misbehaved in public and I felt I shouldn't be taking the pain because of a product of my husband's infidelity. But I always ask myself this question; what if she is my biological daughter?

Women, please stop complaining about your step children. You go about making them look evil. Your own children fight, steal, disobey and do all sorts at home and you try to hide their nakedness. But the moment your step child does a little thing, the whole world hears. This is absolutely wrong. Stop seeing their occasional rudeness as rejection. Begin to see it as the usual thing with children.

I have also seen women go out of their way to stop their step children from getting good jobs and in the case of girls, good husbands. You don't need that native doctor because you will definitely live to pay for it. Be happy when they pass their exams. Be happy when a man comes to ask for their hands in marriage and give all the support out of a clean heart.