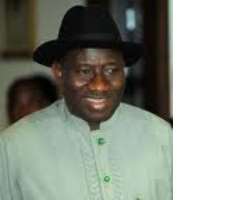 
The Federal Government has assured member states of the Niger Basin Authority (NBA) of its commitment to implement the programmes and projects of the authority.

The Minister of Water Resources, Chief Obadiah Ando, gave the assurance on Wednesday in Abuja at the opening of the meeting of the Technical Committee of Experts of the authority.

The meeting was held preparatory to the 9th Summit of Heads of State and Government of the authority.

Represented by Dr Godknows Igali, the Permanent Secretary in the ministry, Ando promised that government would also fulfill its financial obligations to its development partners. I will like to assure our development partners of our total commitment to the various programmes and projects of the NBA such that it would be of mutual benefits to the people and governments of the River Niger Basin.

'It is our hope and prayer that member states will not relent in their determination and doggedness to see that we succeed in our programmes,' he added.

The minister said the meeting was expected to come up with guidelines that would enable the Council of Ministers make meaningful recommendations to the Heads of State and Government during the summit. In his address, Mr Oyewole Ogunmola, NBA Executive Director, said the meeting of experts would examine the level of projects implemented by the authority. He said other activities carried out by the secretariat as contained in its report for 2008 and 2010 would also be deliberated upon.

'The meeting will also deliberate on the recommendations brought up by various consultants engaged to examine some tropical issues relating to funding and management of projects and structure of common interest in the basin. This is with the view to submitting action plans for consideration and approval of the council of ministers meeting holding on Sept. 13 and Sept. 14 to guide and advise the summit.

'It is my fervent hope that you will come out with recommendations that will translate to practical projects for promoting regional cooperation, economic development, poverty eradication and improved human existence in the basin' Ogunmola said.

Also speaking, Mr Nathaniel Longmut, the Director of Planning in the Ministry of Water Resources, said the competitive global economic global economic system provided an avenue for collaboration and independence that would foster greater networking among member states.

'Permit me to observe that the commitment and collaboration of member states of NBA have culminated into huge joint investments within the basin. This collaboration has brought in investments to rehabilitate Kainji Dam, the NBA/Global Environment project, the Niger HYCOS project, the silting control project and sustainable management of Ecosystem project, among others''' he said.

Longmut expressed the hope that if these projects were vigorously executed and monitored, they would enhance the standard of living of the people living within the basin. NBA was established five decades ago with the primary objective of promoting cooperation, among other states.