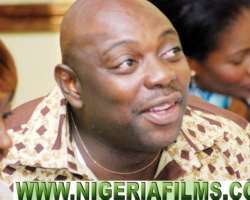 National President of the Actors' Guild of Nigeria, AGN, Segun Arinze, has told upcoming actors in the industry to shun any filmmaker that demands money from them for audition.

Arinze said the Coalition of Nollywood Guilds and Associations, CONGA, is ready to fight for actors who are being exploited in their bid to feature in films.

He said that, henceforth, any AGN member that indulges in such act will be suspended.

“We have confronted a marketer that did an audition a few days ago and compelled all the actors to buy his movie for N1000. That is exploitative and we won't take it. Some of these young actors can't even afford their three square meals, so we all need to support them,” Arinze said.