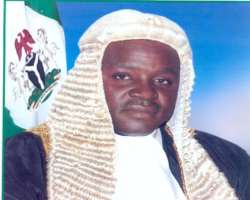 
JOS, August 05, (THEWILL) - The Economic and Financial Crimes Commission, EFCC, has stormed the chambers of the Plateau State House of Assembly to investigate nine out of the 24 members for financial impropriety.

The nine members being investigated include prominent leaders of the House including the Deputy Speaker, Ibrahim Baba Hassan, the Majority Leader, Joe Bukar, and the Chairman of the House Committee on Information, Danboyi Jugul. Others include Amos Gombi, Ladan Garkuwa and Sadat garga.

Operatives of the EFFC THEWILL was told, came into the complex and asked to see the Deputy Speaker of the House and after they were directed to his office presented him with a document alleging misappropriation of the funds released to him and the other members for constituency projects.

The EFCC said it wants to know what the members did with the money as there are allegations against them that the nine members including the Deputy Speaker may have pocketed the money instead of putting it into projects.

The EFCC operatives did not however say who it was that petitioned the nine members.

One of the members who confided in THEWILL said based on how the nine members were selected; it is obvious that the petition against them must have come from the executive arm of government in the state.

The source said this is because all the nine members listed in the petition, were those who had expressed sympathy to the faction of the PDP, which was opposed to the state governor.

He expressed surprise that even the Speaker of the House, Istifanus Mwansat, who is the Chief accounting officer of the House was not included.

The source said this might be because Mwansat is proving to be a Jonah Jang loyalist. This he however said will not deter them from pointing out, whenever those in the executive arm do something wrong. More so as he said the nine members have nothing to hide.

The nine members had gone to Abuja to defend themselves showing evidences of what they had used the funds for but investigations into the matter continues.

About 17 members of the House have expressed support for the faction of the PDP is the state that is opposed to Jang.