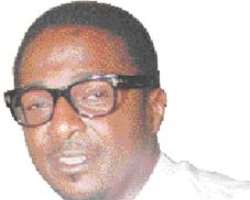 
Toyin Subair, CEO HiTV
This is definitely not the best of times for HITV as its travails and challenges seem to be increasing on a pay-as-you-go-basis.

MCSN, the collecting firm, had insisted that it has a genuine copyright case against HITV over the use of the theme song for FA Cup, English Premiership and some other copyrighted property. MCSN went to court and got a judgement against HITV. The move rattled the firm and the feud hasn't been settled.

Mr Mayo Ayilara who spoke to Sunday Sun last week said MCSN has a legitimate case against HITV. 'HITV has been trying to play games with us, the management is cocky and thinks it can dribble its way out of paying us. They first wrote us to ask for mode of payment and we responded. A copy of our response is available and I can give you.

They are now saying we are an illegal body without approval. But that is not our argument in court. Our argument is that the owner of these works have licensed us to collect their rights for them, so HITV can run but can't hide', Ayilara said.

As if that was not enough, the firm lost the right to broadcast the lucrative English Premiership League which has been its cash cow due to its inability to raise enough money to pay for its rights. Its major competitor, DSTV now has the right .

Now, HITV's major headache is the exit of Nigezie and an unconfirmed legal tussle with the company.

The 24hours music channel, we learnt , pulled out weeks back from its deal with HITV. Repeated calls to Justin Akpovi, the spokesperson for HITV proved abortive as his two lines were switched off.