women’s Lives Are At Stake! 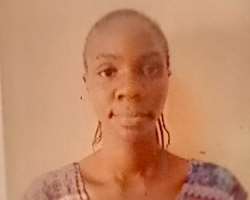 A piece titled ‘Women and their politically denied rights’, by this same author centered solely on the rights of women which are denied them on the political terrain but this piece will discuss how women’s lives are less valued in the society.

A report concerning a woman who was beaten to death by her husband because of sex which recently popped up on the internet portrays the exact way women are seen and treated in the society and this brings to mind the fact that many women are still going through such experience in their matrimonial homes but decide to keep quiet thinking that they are actually protecting their husband or their children while ignoring the fact that their lives are at stake.

The report stated that the deceased had been enduring the relationship for a long time ago but decided to stay out of his trouble the day the incident happened by locking herself up in her room. Yet, the man went knocking on her door at midnight. She was trying to run for her life when she realized that the husband was about to break through with an axe not knowing that he had heard the creaking of the window. The husband caught up with her and hit her head on a block, beat her blue black until she became unconscious. The neighbors did not show up until everything had died down and eventually took her to the third hospital, which finally admitted her. She gave up the ghost after many days of writhing in pain.

It is such a sad and heartbreaking story. How could someone be so brutal and heartless in dealing with a woman? For the record, such a case is not limited to Nigeria as such is found in other parts of the world, even in developed countries. According to the findings of the United Nations office on Drugs And Crimes (UNODC) The largest number (20,000) of all women killed worldwide by intimate partners or family members in 2017 was in Asia, followed by Africa (19,000), America

It is high time African men changed their mentality on bride price because most of them see it as nothing other than an exchange for a woman’s life and this gives the men authority over women who in effect are denied their human rights. Among African men, it is common for the husbands to be extremely jealous and this in effect make them hamper their wives’ movement. Majority of African women after getting married no longer have freedom of association or movement and some of them who decide to forcefully gain their freedom are seen as arrogant, eventually get beaten and maltreated which in some cases lead to their eventual deaths.

Some husbands after marrying their wives stop them from practicing what they had spent many years studying at school for and women who refuse to stay at home indolently, who work tirelessly to aid their financial status, get home most of the time to meet their husbands who act as their time keepers, monitoring if they will spend a minute more at their workplace so as to know where to pick or start their arguments which may likely lead to violence from.

One of the causes of violence is male dominance, which is more prominent in Africa. Africans attach more importance to masculinity than femininity. In fact, female children are not seen as important or valued at all in some African countries. That explains why they are married off at a very tender age because they are seen as burden to the family and that explains the reason there is high level of child marriage in African countries. Since the male children have been

exposed to dominance right from their respective homes, they in turn exhume superiority over their partners in marriage.

Cultural differences can also contribute to violence in a relationship that involves people with different cultural backgrounds because what is acceptable in one culture may likely be unacceptable in another and this in turn may lead to incessant misunderstanding which may likely lead to violence.

Alcoholism and drugs can also contribute to violence in marriage. Partners who drink to stupor or indulge in drug abuse are most likely to be violent to their partners because of the effect of drug and alcohol on their mental balance. According to a source, 92 percent of men who assaulted their female partners had used substances on the day of the assault; 67 percent of those had used both cocaine and alcohol while in situations where men try to kill their partners, alcohol is

involved in more than two-thirds of cases, and a quarter of those who committed murder had taken both alcohol and drugs.

Notwithstanding, if penalties for violence towards women are consistent and firm, there will be a drastic decrease in domestic violence. In some countries, justice is not prevalent as some of the perpetrators go unpunished while in underdeveloped countries, law enforcement agents take bribes and sweep such matters under the carpet.

Also, if couples are made to sign an undertaking before marriage not to be violent in any way to their partners and to willingly surrender themselves to the law if such happens, it will reduce the rate of domestic violence while also reducing mortality rate among women.

Majority of the women who endure to the point of death, do so because they are financially dependent on their husbands .if women are empowered, they will be independent and easily walk out of an abusive marriage which can take their lives Report has it that a staggering 97.2 percent of the abused women do not report the crime to the authorities. There is no point in proving to the society that one is a submissive wife when one’s life is at stake because in the end, it will only turn the husband into a criminal after taking one’s life.

Women are not animals and should in no way be treated as such. They deserve every possible love and care they can get from the society, most especially from their partners. Give them their rights and stop killing them because their lives matter not just to their children but also to the society at large.