The Human Life Is A Borrowed Life !!! 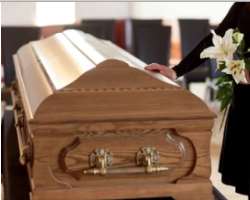 This true life story is not meant to scare anyone but to remind all of us that we are already in the perilous times, a very short time when no one knows what may happen in the next minute. May the Almighty God give the readers of this article the grace to understand the message and take the right decision immediately (Amen). God bless you as you read.

Towards the end of the year 2012, four of us were inside a car, preparing to go to Lagos from Ibadan. Two of us came down from the car to see some people before we took off while two of us were left in the car i.e. the driver and I. Few minutes later, the Lord spoke to me that I should ask the driver some questions:

1. Are you saved?
2. If the last trumpet sounds now, where will you spend your eternity?

His response was “My name is Paul and I am from a Christian background”. From his response, I believed he didn’t understand what it really means to be saved so I went further to explain after which he understood my questions and he answered me that “If the last trumpet sounded at that particular moment he would miss heaven because he was still living in sin.” I was very happy when he made this statement because he was sincere about the kind of life he was living. The good news was that he surrendered his life to God on that day.

Few days later, we met and he shared a testimony with me on how the Lord was good to him. Four weeks later, we spoke on phone again and agreed to meet at a particular time. By the time we met, he was shivering and in a state of coma. I was very surprised because we still spoke on phone just few hours before we met.

From there, we proceeded to the Emergency ward of the University College Hospital (U.C.H) Ibadan, Oyo State where he was given Oxygen Therapy for some time. At about 8pm, he died.

His sudden and untimely death made my mind to flash back to the questions the Lord told me to ask him four weeks before his death when we were both in the car. i.e.

The same questions are coming to you now. Please meditate on the two questions and take the right decision before it is too late.

Dear friend, this true life story has come to you because the Lord told me to share it with as many people as possible and let them know that anybody that has the opportunity to be saved should do so immediately because no one knows what may happen in the next minute.

“The human life is really a borrowed life” and the owner may take it back anytime he decides to. It may be today, tomorrow, next week, next month or even now. It is not the time the owner takes it back that really matter but where that soul ends his/her eternity.

Remember this, “Death is an appointment, Heaven is real and Hell is real”.

The bible made it clear in Hebrews 9:27 (And as it is appointed unto men to die once, but after this the judgment)

Psalms 9:17 reads: “The wicked shall be turned into hell, and all the nations that forget God”.

You have just heard the story of Mr. Paul. He is dead but you are still alive. The same questions are coming to you now:

(1) Are you saved?
(2) If the last trumpet sounds now, where will you spend your eternity?

Take a decision now by praying this prayer and be saved:

Lord Jesus, I know that I am a sinner. I repent of all my sins. Forgive me and cleanse me with your precious blood. Henceforth I renounce the devil and all his works. Come into my life and take absolute control of my life in Jesus name, amen.