Let’s Be Passionate About The Less Privileged - Stacy M. Amewoyi 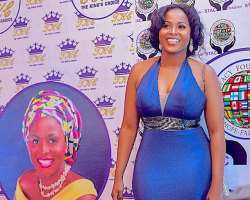 Given that, this study if undertaken within 2017/2018, that figure may not reflect the current situation. It however, offers an insight to the total number of homes that have been dedicated to helping orphans.

In 2003, Rwanda alone, with about twenty-eight orphanages were found to have 566 children in their care. They further indicated that this figure keeps increasing all around the world. This has increased the contradictions among many global and government policies that are interested in reducing orphanage care.

Within the five-year period (2005 to 2010) there was a 75% increase in the number of orphanages accommodating over 11,945 children in Cambodia (Ministry of Social Affairs, Veterans and Youth Rehabilitation, 2011). In sub-Saharan Africa, there has been a significant increase in the number of orphanages and children in these homes. It has been identified that, 50-90% of the orphans have at least one of their parents alive. The university of Nottingham in 2012, revealed that, about 95-98% of children below three years in the formal care were not orphans but given that their parents due to one reason or the other cannot take care of them, thus their stay at the homes.

In Ghana, studies have shown that, approximately 90% of the children in orphanages had families that could cater for the children if they had the support, therefore these children do not end up in the orphanages because they lost a parent or both. Africa is recognized as the largest continent with a higher proportion of vulnerable children.

In Ghana, the number of vulnerable and orphaned has grown as a result of HIV/AIDs and increasing rural urban migration. As such, the increasing number of orphans have led to a corresponding increase in orphanages established to assist these vulnerable children.

In as much as the orphanage homes are doing their best to provide the necessary support for these kids, there are many basic amenities that are lacking. The very reason why we are being admonished by humanitarian Stacy Amewoyi, to lend a hand to these homes or any less privilege available near you.

The founder of the Stacy Foundation’s vision and mission is to lend a helping hand to the needy whether big or small. Showing kindness even when you don’t get it in return, to her does not compare to the goodness that always follow you.

No matter how small it is, the hugeness thereof for the recipient is incomparable. It helps them in ways one can never imagine. Love makes the world go round, without it, we are empty. Therefore, we could walk to them and show them that somebody cares or somebody loves them.

As people have different forms or languages in worshipping God, Stacy’s form of worship as a means of thanksgiving to God is lending a hand to the needy. This form of gratitude which she begun at a tender age has become a part a greater part of her, making her restless whenever she refuses the urge to do so.

“When I donate my time, money and resources to a good course that is near and dear to my heart, it gives me an opportunity to fuel my passion and the love for helping others, and open closed doors for me”. The philanthropist disclosed.

Ecclesiastes 3:5 says, there is a time to cast away stones and a time to gather stones together, time to embrace and time to refrain from embracing. It continues in the verse 8 that, a time to love and a time to hate, a time to war and a time of peace.

Of which season are you waiting on to do good to someone? In as much as there is a pandemic, it is of this season that good deeds are rewarded in bountiful folds. The least you do will always be a memorial and when you equally least expect the good of others, the goodness will overflow effortlessly because you will reap what you sow.

Stacy’s act of kindness has opened doors she never thought she could go through. “I never thought I could go back to school, I only had a HighSchool depolima but after three children, combining businesses and work I have been through High school and college but as to how I had those good grades, I cannot fathom. Family and work stress drain a lot that, I’m always late in submitting my assignments not to talk of learning but I’ve had both certificates I don’t know how. Passing a driving test in the US is never easy, not even scholars get it lightly, but I took it only once and passed. My US passport also came so simply that I believe it is the favor of God through giving that has made me come this far”. She revealed.

She has been gingered to do more to receive more favors from God and wouldn’t allow anyone or anything come between that. Her ability to sacrifice and discipline herself for this cause through hard work and humility has affected her passion greatly.

“I haven’t had the time to even change my wardrobe, my charity job always comes first and I do these donations in Ghana whether around or not and in the US as well. I don’t bargain or force for anything to happen but the goodness and favor from this act just comes my way and open doors for me”. She put across.

It’s high time people get to be educated on the need to love, respect and show kindness to the less privileged. There are a lot of them in your neighborhood, but you are waiting to get rich before you carry cameras to the orphanage homes, to donate to them.

It is with the blessings of the little you do to those around you, that generates into a thousand for the orphanage homes. The anointing you don’t respect, don’t work for you, be grateful for the little you have, and as your good heart gives more, more will be received.

I know there is the need for advocators, helpers and non-profitable organizations in the community to arise, but it starts with you and I. if favor could surmount these deeds of mine, I don’t know what your needs are, may be for that door of yours to open, you need to lend your hand and it only begins with little and a good heart.