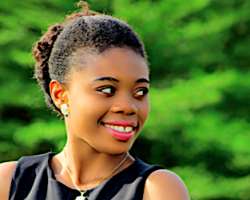 Born a female, into the Okonjo family, from Ogwashi-Ukwu, Delta State, she was not secluded to the kitchen-for-girls lifestyle that was the norm in the society. Starting out as an intern in the World Bank Group, she returned after graduation and worked for many years as a development economist, scaling high globally till date. There was no room for societal discrimination to hinder her from holding the post of Corporate Secretary and Vice President. She upheld the basic human quality in dealing with people, and not an expected or a seggregated woman quality. A mother of four in a marriage union with Dr. Ikemba Iweala.

Another female, at age 23, the age where an average contemporary girl would be after the romantic affairs or "boyfriendry", she designed the Federal Ministry of Finance in Abuja. This was a big achievement. She is the Founder of Ad Consulting and the winner of Forbes Woman Africa, 2020. A mother of two in a blissful union with Mr. Olukorede Adenowo.

The struggle that led to the empowerment of the girl child is a worthy and plausible one-a foundation laid that has preserved the lives of women as we have seen. Though there are still cultural, religious and societal subjugation, the onus is on individual females to choose enlightenment over attack for "it is far better to light the candle than curse the darkness". This is an advantageous generation because we have examples before and with us. We also have organisations, platforms (especially digitally) founded by many distinguished women, that provide great support for us.

The river is present; the horse taken to the river. It is about time the horse drank from the river. This choice is an individual one and not a collective one. There could be one thousand and one reasons to shrink back from living one's dream as a girl child, yet, we can draw inspiration from history and the females around and rise to becoming More Than Just a Girl.