Memory: An Asset; A Destruct -2 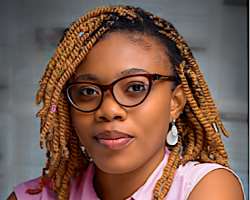 Adaeze fasts, prays, stays up most nights to contend with spiritual powers that she believes are responsible for the unpleasant recurring trend in her family history. She has been told about the plight that befalls ladies in the family: that they never get married, or get married 'late', or end up with a wretch, bearing children outside wedlock, if they do. She has been told to comport herself in a way that will attract a husband: to be prayerful, chaste and submissive. She is focused on attacking these wicked powers of her father's house.

Yemi also, fasts and prays against the ancestral powers holding him from being successful, as he has seen in the lives of men in his family line. He is bent on breaking the ancestral yoke of poverty and becoming the light or saviour to his family. He holds and attends personal and collective vigils respectively, targeted at destroying the traditional powers of his father's house, believed to be responsible for the yoke of poverty. He is engrossed in such spiritual battles and will not give up.

Musa and Pharis are being told of the predicament of childlessness that roams in their lineage. They, too, fast and engage in spiritual warfare focused on breaking the generational curse of barrenness. They are advised to preserve themselves by abstaining from sex outside marriage, not to talk of abortion, less they incure the wrath of God or lose his backings in this warfare.

Worse still, Pharis is from a family where their women are known for the Hebrew women delivery — the connotation for safe delivery. The idea is childbirth without cesarian section( C.S). A woman who gives birth through cesarian section is greatly pitied and seen as one whom a bad omen fell upon. Therefore, she is headstrong against having a C.S even when it was the obvious next option to averting a looming tragedy.

These scenerios have one thing in common: Memory. Fear courses through their minds based on what they know or have seen. Their minds are enslaved to what has been, and they believe is powerful and requires great strength or battle, to be defeated. Most often than not, these battle-fighters end up themselves with stiff progress that comes after a huge exertion of energy. Surprisingly, even coming from the so called good background does not guarantee an child's destiny; the reason why people get shocked and make the common slang "this life no balance", when this good-background-emerging children become otherwise.

The past, present and future, are not recurrent. It is what we choose to do with our memories that can be recurrent. We can decide to become enlightened and birth proactivity from our memories by drawing inspiration from the successes of people's marriages, finances, health, children, career, etc. We can choose to take advantage of technological and legal aids in owning a child, for example: IVF, surrogacy, adoption.

There should not be anything devilish about cesarian section just to belong to the Hebrew women, or "all-round testimony" gang. In fact, it is high time the definition of safe delivery changed to "mother and child being alive no matter how".

This is not to rule out or discourage religious/spiritual practices. Instead, it is to demonstrate that we should not make the predicament of others a threat to our own lives; be it our parents', relatives', friends', or an unpleasant past of ours.

Life in itself is evolving, therefore, we should maintain an open heart, knowing that we, as lives, are new and evolving.

While we pray, let us not exhaust our energy on an enemy that does not deserve our strength. Instead, let our prayers be faith-filled with thanksgiving, positive affirmation as we get enlightened. That way, our memory can be our greatest ASSET, and not a DESTRUCT.