When Little Success Gets Into Your Head 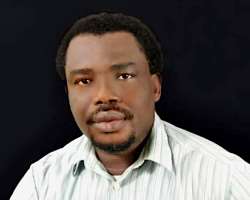 I met him at Azikiwe Road, Aba, in 2014. He was a lanky average man struggling with his roadside mechanic career.

He didn't know me.
I told him of how good his parents were to us when we were schooling at a secondary school close to his native compound. I told him of his relatives I knew just to enable him believe that I know him too well.

He was so happy and believed the truth I made him understood.

We were so happy with each other and didn't want to go without exchanging contacts.

When he typed in my mobile number, I was astonished when he said it was already in his phone. He couldn't understand how he got it. On asking what I do for a living and I told him that I am a writer, he retrospectively remembered how he got it.

He had taken my number from the pages of the newspapers where my article was published. Before our meeting that day, I was an unknown idol to him. He was pleased to meet me, but due to my nature, I didn't know that I was big in the consciousness of some persons, till our meeting.

He was calling often and we would meet at one pub or the other in Aba. Lovely and lively fellow, he told me of his aspiration to get a political appointment.

His dream later came true/through sometime in 2015. I one day saw him in Lexus Jeep while I was on my bike, along a road in Rivers State taken over by garbage. I was only seeing someone whom I called my friend, not his Jeep. Meanwhile, the expression on his look about me was "level don change". I rode off without saying much.

I could remember that my text messages and calls to him were not attended to anymore with the reverence they were handled with in the past. My once friend had arrived in his own thinking, but I am not biting my flesh over his material success, because I was once his idol; I was the man he took his number from the pages of the newspapers, I was his role model he never lived like.

His behaviour is replete in many people who think that any progress they made in material pursuits, they have arrived. This type of persons are in one's siblings, villages, team of friends, workforce and sundry.

Does it not behove man not to forget his beginning whether it was humble or bouyant?