My COVID19 and Metal Music 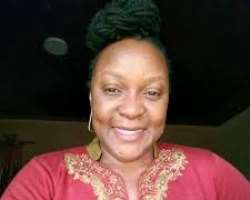 Metal music, a genre of music, I had never heard of it before until my last son fell in love with it. I keep ignoring it but it is fast becoming the new normal for him and I find it amusing...

He listens to “Why She Sleeps”, “Bring Me The Horizon”, “Fame On Fire”, and a host of others.

He says he loves it because he believes metal music slows for a disruption of the guitar when playing.

I am a Bob Marley fan, but it doesn't mean that I smoke weed, Naija made or Jamaican brand or Fela size. I remember when I met my husband and the first time he visited me. The first thing he asked me was if I smoke or tush because of the visible Marley poster in my room, and Marley song playing on my double cassette player.

Even when we don't know, we have a perception which will either make us better or ruin us. I am learning. Metal music...yes it’s loud music but fear not my house is not loud.

Here's Why Heavy Metal Is Good For You. In contrast to the popularly held view that extreme music like heavy metal is responsible for causing feelings of anger, depression or isolation, it may in fact be capable of combating these very sorts of negative emotions, according to studies published some five years ago.