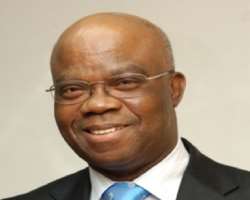 
San Francisco, June 23, (THEWILL) - Oceanic Bank International Plc in its unaudited results for the quarter ended March 31, 2010 has announced Gross Earnings of =N=28.7bn and Profit Before Taxation of =N=1.73bn for the Bank and =N=30.4bn and =N=2.56bn, respectively, for the Group. The Q1 2010 profit, coming after the loss of =N=89bn posted in 2009, effectively signals the Bank’s return to profitability after the CBN intervention in August 2009.

John Aboh, Group Managing Director/Chief Executive Officer, noted that the results are indicative of growing customer confidence, loyalty, and a vindication of the effectiveness of the recovery strategy put in place by the new management to reposition the Bank.

"After overcoming the initial challenges of stabilizing the Bank and restoring customer confidence, we launched a recovery plan that focused on good corporate governance, low-cost liability generation, cost optimization, and improved risk management. The plan is yielding the desired results and the Bank is looking ahead to a brighter future."

Aboh explained that from a pre-intervention level of =N=528bn (as at August 14, 2009), the Bank’s deposits dropped initially to =N=490bn by October 2009, and then grew by 21.5% to =N=595bn as at March 31, 2010. He added that the Bank’s cost optimization initiatives have effectively streamlined its expense profile, paving the way for sustained value creation and profitability.

The Bank also announced the restated audited 2008 results for the Group as well as its financial performance for the year ended December 31, 2009.

According to Oyinkan Adewale, the Bank’s Executive Director / Chief Financial Officer, "The current management team, which resumed in August 2009, evaluated the appropriateness of the Bank’s prior accounting and reporting decisions. We conducted an extensive review of the 2008 results, and, with the concurrence of the Board, came to the conclusion that it was best to restate the 2008 accounts to give a true and fair view of the Bank’s condition as at 31st December 2008. The thoroughness of the reviews gives us the confidence that the audited restated accounts adequately address the misrepresentations in the previously reported 2008 results. Going forward, our business and investment partners and all other stakeholders can rest assured of the quality and integrity of reported numbers."

For the 2009 financial year, the Group’s Gross Earnings rose by 66 % from =N=118.3bn in 2008 to =N=196.4bn, while Net Interest Income rose sharply from =N=7.5bn to =N=101.0bn, largely due to the release of previously suspended interest income on hitherto non-performing loans which have been restructured and are now performing.

Non-performing Loans rose by 43%from N443.3bn at the end of 2008 to N634.0bn as at 31st December 2009; and Non-performing Loan Ratio grew from 51% to 72%, indicating the determination of the Bank’s management and board to classify and provide for all loans correctly in line with Prudential Guidelines and international standards.