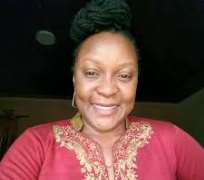 The current road cosmetic dressing in Jos, Is ongoing, it can be tiring because there are almost no alternative roads. Whatever happened to that Jos Masterplan rouse. Story for another day...

The frustration is building up everywhere, if it is not necessary you don't have to leave the comfort of your home otherwise you will be held up for hours. But why complain in Jos, wetin people for Lagos go do or even near Abuja.

However, another major couse of holdups within the Jos metropolis is the vehicle inspection officers popularly called the VIOs. They park their hilux on major roads blocking half of the road looking for vehicle defaulters to arrest, who even arrests government for not putting roads to motorable use; another story for another day.

Uniform men rarely have drivers license and other vehicle particulars. The VIO drivers do not have a driver’s license and have you seen some of their vehicles!

So here is the koko of the story, I was in this traffic along the popular Ahmadu Bello way and I realized how things have changed.

Not just underage children hawking all kinds of things, from chocolate bar to towels and shaving stick, with a little boy standing beside the drivers side of my car insisting I buy three chocolate bars for N200.. the boy is looking pitiable and it would be sin not to buy, how I wish I could beyond buying...(another story)

As I bought the chocolates, I noticed a lady bargaining with the person selling herbal mixture so I eavesdropped with keen interest.

The guy insisted she buys two bottles for effective results as a bottle does not have guarantee.

Furthermore, a bottle will land her in the hospital as they discussed further, cars behind me started honking so I acted dumb.

The guy now said the first bottle will bring it down and the second bottle will reduce the pain and stop the bleeding.

The lady smiled and said she knows she just needed his opinion.

As I was trying to fathom how two bottles of herbal mixture is used for abortion, a guy came out from Opel car and asked if I needed help... then I realized there are no cars in front of me.

Wonders they say never end, I am not exactly naive like that but story for another day. Our two bottles society, trouble dey oooooo.