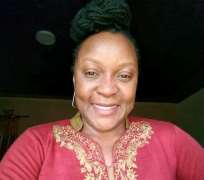 Few week ago I met this woman who is not doing too well but she has a hard working daughter.

I remember vividly she was so sure of God promises upon her daughter’s life. She said so many good and beautiful things about her.

As she sings praises of the girl, her son walks in to inform her about the WAEC fees the sister had just paid for him. The boy went further to say that his admission to the university is guaranteed.

Her dad is alive, I mean their father, the husbandman of the house, and she’s the breadwinner, Infact the bakery.

We talked for a while with the old man and he continuously showered praises and prayers on his first daughter. I have come to terms with the reality of how valuable this lady is to her entire family.

A young woman single handedly takes care of her middle aged parents, two younger ones and a grand mother. She must be earning big to be able to meet all these responsibility and demands.

The father who is the man of the house has never made an attempt to work but solely relies on his daughter for the upkeep of his family.

This family made me see their daughter as the savior of the family and as such must be worshiped.

I am indifferent about their lifestyle for as long as she earns legitimate money.

A young girl of 22 years of age becomes the messiah of three able bodied men which includes the father and two able body younger brothers, and also a mother who is not up to 50 years of age.

I refused to understand this act of benevolence. My father of blessed memory does not joke with his responsibility and therefore never tolerated one person taking care of his family while he was still alive.

The mother wanted me to meet her daughter so badly so that we can talk. She told me she lives in Jos and is in the university. I was in shock for few seconds and couldn't understand what the mother meant. I started wondering how a student could be this rich to sustain her family.

She noticed I wasn't comfortable with what she just said then went further , my daughter is a university student and she works part time.

I took a deep breath and gave her a smile of acknowledgement. I have always imagined what a girl of 22 does and sends such money home for upkeep and no one is asking questions.

I can be loud mouthed whenever I chose to be so I swung into action and asked the mother what kind of part time job pays this much. Obviously the mother knows what her daughter does as she hurriedly replies part time job in Jos.

The father who was obviously listening to our conversation called for his wife's attention and she immediately walked away from my presence.

I have heard about "runs girls" but no one talks about their accomplices who these days include their PARENTS.

The stupid and adulterous girls of the late 1980s are presently mothers to adulterous and wild girls who wont stop at nothing but to achieve the aim to KILL, STEAL and DESTROY.