MORE AND MORE RULES ON PREGNANCY 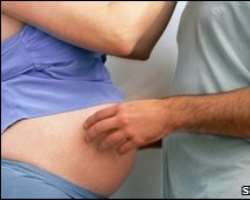 By Clare Murphy
Pregnancy has become ever more “policed”, with a litany of rules for parents-to-be on how to behave, a parenting conference is due to hear.

Researchers at the two-day seminar at Kent University will present fresh analysis of the decision to advise pregnant women to avoid any alcohol.

There have been mixed messages about drinking in pregnancy in recent years.

The impact of mounting efforts to involve fathers in the antenatal period will also be explored.

The Changing Parenting Culture conference next week is to explore the emergence of what it sees as new, often contradictory rules shaping pregnancy and pregnancy planning.

These include the role of stress in pregnancy, amid conflicting reports on the impact of the way a mother feels on the wellbeing of the growing foetus.

Some studies have suggested that stress in pregnancy can cause anything from physical abnormalities to behavioural problems.

Elizabeth Mitchell Armstrong, professor of sociology at Princeton University, will argue that maternal emotions are being “medicalised”.

“To the list of pregnancy prescriptions and proscriptions comes another mandate: be happy, be calm. Pregnant women are exhorted to avoid stress and to moderate their emotions in order to produce a healthy baby.

“Yet the evidence behind this recommendation is exceedingly weak.”

Drinking up
The conference will also look at the issue of Foetal Alcohol Syndrome (FAS) and accompanying disorders – the reason why pregnant women are advised to abstain from alcohol in many countries – including the UK, US, France and Australia.

The relationship between sustained heavy drinking in pregnancy and health problems such as growth and mental retardation is well-established – although alcoholic mothers will not necessarily have affected children – but evidence is lacking that low to moderate intake is harmful.

However concerns that some women may underestimate their drinking, as well as fears that a lack of evidence did not mean moderate consumption was safe, are thought to have informed the 2007 decision to advise pregnant women in England to abstain.

Dr Ellie Lee, a lecturer in social policy at the University of Kent, suggests that in “advocating abstinence without an evidence base, policy makers formalise a connection between uncertainty and danger”.

She adds: “They have decided it is preferable that pregnant women take no risk even if there is no evidence of harm.

“But there are dangers associated with this approach, not least that such hyper risk-aversion sits uneasily with advice to parents against 'cotton wooling' or worrying too much about their children's health.

His and hers
Fathers meanwhile are being increasingly encouraged to curb their drinking, stop smoking and eat well when a partner is pregnant, on the basis that his behaviour is likely to influence hers.

Attendance at ante-natal sessions, as well as the birth, is now widely expected.

They suggest that involving men in the very medicalised aspects of their partner's pregnancy and labour – where their contribution is inevitably limited – is not necessarily the best preparation for all fathers.

“It's a good and positive step to promote male involvement, and we are not seeking to undermine that,” says Dr Ives.

“But we are getting to a point where society has to ask if we are going about this the right way. It's time for debate.”