Africa, Fashion, Style & Agbani – Everyone Is Buzzing About STYLOGENIC 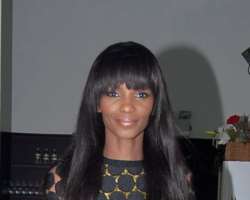 “You better go and think of a real career!” That was the response that most African parents would give when their children suggested that they wanted to enter the world of fashion. Perhaps as a model, fashion stylist, fashion designer, photographer, makeup artist or even a fashion photographer.

Thanks to the success of fashion pioneers including Iman, Oluchi and Liya Kebede, things are changing. Fashion is being recognized as a worthy profession.

An exciting new Pan-African Reality TV show – STYLOGENIC is set to propel African fashion and those that aspire to join the industry to greater heights.

STYLOGENIC is a show like no other. Rather than being based on the search for a top model or designer or stylist, the show is based around the concept of a style team! So contestants are going to be grouped in teams consisting of the various 'style elements'. That is a model, designer, stylist, makeup artist, photographer and model. They will compete as a team and will battle it out with fellow teams for the grand prize!

The show recently held a media presentation in Lagos which was attended by the host, one of the most famous women in Africa – Former Miss World, Agbani Darego. Agbani won the Miss World crown in 2001, making her the first and only black African to ever win the title. She went on to have a successful modeling career which included a stint as a L'Oreal International “Face” and Spokesperson, numerous commercial ad campaigns and features in US Vogue and Essence magazine.

Entries for the show will open soon and entries will be accepted from all eligible Africans based on the continent and in Diaspora. The show will begin airing in September 2010.

Prizes are yet to be revealed but from what we hear, it's MAJOR!

It promises to be an immensely exciting show!

We will fill you in with more information on the show as the air date draws closer.

STYLOGENIC is produced by Insight Communications and IBST Media