Would you fight your husband’s mistress? 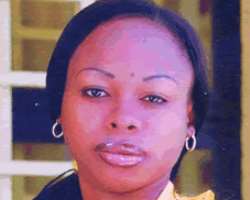 Ekaete is a beautiful girl, with good skin, straight legs, and shapely hips. She is a wonder to behold .She was created and endowed with everything a man needs in a woman to marry.

The game has been on between the duo for almost eight months, but Segun's wife was lost in the scene, thanks to mama Bisi, who Ronke has been so nice to in the neighborhood. At first Ronke, could not believe that Segun, who she doted on as a poor unemployed graduate could cheat her.

Is this how he wants to pay me back, she soliloquized.
But after this, she decided to follow the game with patience and pretended that she knew nothing whatsoever was happening. But it took a dramatic turn when Ronke traced Segun to their usual rendezvous. It was a place at Victoria Island.

She barged into the expensive eatery, took them by surprise and she was able to tear Ekaete's clothes to shreds. She gave her the disgrace of her life, making her run out of the eatery with just her underwear. Ekaete was not given the chance to even take a shoe, neither did she remember to take her purse or eat from the meal on the table.

Would you act in the same manner should you discover your husband is cheating or having an affair?