This Thing We Call Power! 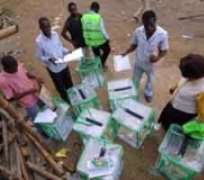 Whenever I hear people talk of power, they use it as a child will play with the toy. Power to them means nothing other just occupying political offices or positions. How much about power we know nothing about. Power is one of the most notoriously ambiguous concepts in political science to define yet the most ubiquitous!

Power is often about control (of resources). People who understand power know how to be better managers than those who think they have the ‘wealth’. When I hear people criticize North Korea testing its nuclear weapons, I immediately know a people who lack basic understanding of what power means. People who understand power do not ask why a sovereign nation will develop such weapon in the face of ubiquitous enemies. That also reminds me, US is not a signatory to the Nuclear Non-Proliferation Treaty which gives it the right to use the weapons “for defensive and strategic purposes.” No one questions the right of the US to amass such weapons for “defensive purposes” because it has the power or ability to do so. If this is not power, then I do not know the meaning of the word!

About a month ago, I was in a University Hall of Residence to see a colleague. I approached the security officer on duty to direct me on how to get to the specific location I am going to. Apart from the terrible attitude of this man, the porter on duty did not help matters. Instead of replying my query, I was simply told “I am in charge here and I won’t allow you to go in.”

He had to keep me waiting for over 30 minutes before my friend came out to meet me. Before parting, I made him understand he cannot treat everyone the way he liked. I identified myself by showing him my ID card. After putting a call through to the Chief Security Officer (CSO)’s office, I made him realize how he could lose his job in days. At that point, this hitherto “powerful” man soon started begging me to save his job.

He is the bread winner of his family; he is only doing his “job”; if he gets sacked, he cannot find another job and so on and so forth. This was the same man who was the boss a while ago begging like a baby in need of breast milk!

I was in the same Hall about a week ago, I saw the security man but the porter was not on duty that day. I walked pass the porter’s lodge after brief greeting and without asking to be directed, the old man who was part of the shakara the other day did not raise a muscle to stop me from entering the Hall. I guess jobs are scarcer to find these days so no one wants to lose his job!

The war in South-Sudan, even after 21 continuous years of war (of independence) before its eventual independence in 2012, is instructive. A careful look at the situation in Africa’s youngest independent nation will reveal the extent men will go to get power and in the end do nothing with it.

Whoever has studied the psychology of the leaders of the two main factions in the conflict- Riek Machar and Salva Kiir- will know that both are engaged in struggle for power as defined by self-interest, having little to do with people’s welfare they both fought against under a united Sudan. This thing we call power!

When I hear people talk of restructuring Nigeria, I simply ask: “What are we restructuring, if not power?” My problem with people who only try to simplify the solutions to Nigerian’s challenges as “restructuring” are simply not serious. I am aware I may have offended some people with my last statement but no problem. Restructuring without adequate power arrangement will simply be an effort in futility.

Many of our politicians only know they are in positions, but they do not appear to know the power that come with such positions. That also reminds me, the most powerful people often do not hold governmental positions. As in sane as this sounds, that is how the world runs. Ahmadu Bello does not need to be the Prime Minister to “rule” Nigeria from Kaduna. Awolowo needs not be in Ibadan to be accepted as leader of the Yorubas in the Western Region. There is a reason we have positions like “Father of the Party” or “National Leader of the Party” even though they are not established by any written law!

Any restructuring that says the President must “equitably appoint political office holders” without proper definition of the “offices” can at best be a circular argument. Let us say the Constitution says there “equitable” distribution of political positions among all three main ethnic groups, for instance. One region chose to control the economy by lobbying for Ministers of: Commerce, Labour and Productivity, Petroleum and the likes. Another region lobbied for control of the administration and got appointed into all key administrative positions in Government. The region that understands power knows what to do to keep the other two under its perpetual serfdom by controlling only a few ministries: Defence, Internal affairs and Agriculture. With these three, it can determine the direction of policies and politics of the administration and by extension, the economy.

Another thing I have come to know about power is that is not based on emotions. Power is often gotten by dinning with the devil, if you know what I mean. I may not like Mr. A for being a “sadist”, but he has the key to something I need urgently. I must look for a way to get Mr. A to give me what I need, even though he was the one who killed my father. If I refused to “dine” with him because of the wrong he once did to my family, I lose future opportunities. Hence, I lose twice!

A friend of mine got a job in Policy Bureau of a state Governor. Back then in Kwara Polytechnic, this guy was always “agitating”. He hates injustice. He will “fight” for the rights of anyone he knows or does not know. I watched him led a protest to the Scholarship Board in Ilorin to demand the payment of our Bursary arrears.

He was given a heroic welcome when the Governor immediately approved the disbursement of the Bursary. After my National Diploma, I chose to further my education at Obafemi Awolowo University while he continued with his Higher National Diploma. I was told this young man later became an influential member of the Polytechnic Students’ Union while I was away.

He graduated, and all I heard of him what that he has gotten a job with a Governor. I ran into my good friend while I was still in Ife, his countenance have changed understandably. My very “open” friend was now singing a new song. He would not even help me do a follow-up on a project proposal on Students’ Work-Study program I was putting together to help students with financial disabilities on Campus. “They won’t approve this thing, Adigun.” He told me frankly. How fast things change. This thing we call power!

I can hear some deep breaths now. This is understandable. Power is not given out freely. It is demanded. One either gets it by concession or by force!