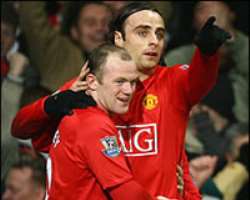 The Red Devils have released details of their annual pre-season trip, beginning on July 12, the day after the 2010 FIFA World Cup Final in Johannesburg.

After a short training camp in Chicago, base of their new shirt sponsors Aon, United will head for Toronto for a meeting with Celtic at the Rogers Centre on July 16.

From there Sir Alex Ferguson's men will venture south into the United States to Lincoln Financial Field, where United played on their 2003 and 2004 tours, and an encounter with Philadelphia Union on July 21.

I enjoyed the last two tours there immensely. The quality of the facilities are outstanding and there is a real enthusiasm in the crowds.

United Coach, Sir Alex Ferguson; 'Kansas City Wizards provide the opposition at the Arrowhead Stadium on July 25, with the United States portion of the tour concluding on July 28, with a game against the MLS All-Stars in Houston's Reliant Stadium.

United will then fly to Mexico for the opening of Chivas' new 45,000-seater stadium in Guadalajara, a game that forms part of the agreement for Javier Hernandez's summer switch to Old Trafford.

Although the Red Devils' World Cup stars, including Wayne Rooney and Rio Ferdinand, will not be involved, there are plenty of star names set to be in Ferguson's squad, including Ryan Giggs, Paul Scholes, Edwin van der Sar, Michael Owen and Dimitar Berbatov.

'It is great to be going back to North America,' said Ferguson. 'I enjoyed the last two tours there immensely. The quality of the facilities are outstanding and there is a real enthusiasm in the crowds.'