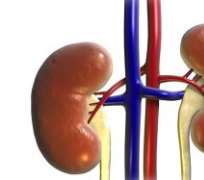 The Adamawa State Government has constituted a six-man investigative panel to probe the allegation of illegal removal of a patient's kidney by a physician in a private clinic in Yola, the state capital.

Malam Abubakar Muhammad, the Information Officer, Ministry of Health, who confirmed this to newsmen on Sunday in Yola, said that one Dr. Hassan Yakubu of Jimeta Clinic was alleged to have conducted a surgery on the affected patient.

Muhammad said the Commissioner for Health, Dr Fatima Atiku, on receipt of the complaint from the Federal Medical Centre, Gombe, where the patient was referred to, acted without delay.

The patient, Malam Isah Hamma, who is now in critical condition at the Federal Medical Centre, Gombe, had alleged that his only kidney was removed at the Jimeta Clinic by Yakubu, who operated on him.

Hamma, who spoke through his uncle, Malam Umaru Hammaseyo, said he underwent surgical opera-tion on July 8, at the hospital for abdominal pain where he was charged N50,000. He said that after the operation, his condition continued to worsen leading to his referral to the Federal Medical Centre in Gombe, where it was discovered that his kidney had been removed.

Hamma called for justice and support from relevant authorities and the public to save him from the critical condition he found himself, where he required N48,000 weekly for dialysis.

The management of Jimeta Clinic was yet to react to the development, just as the nurses on duty said they were not competent to comment on the matter.