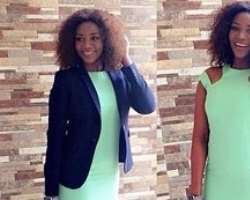 Award winning actress, Funke Akindele, has made it big in Nigeria's movie industry.

She is a big brand, and has continued to enlarge her coast.The actress who was shot to limelight through a series 'I need to know' in 1997 where she played the role of Bisi.

She has continued to wax strong through all the challenges she has encountered on her way up.

It's no news she suffered a failed marriage, and she shook it off and moved on with her life.

Jenifa's Diary is one the most watched series by youths and older ones.

The comic movie always gets people clued to their sits till the very last scene.

Recently, at the just concluded NEC 4, she revealed where she got the fund used for Jenifa's Diary.

In her words: “I used my endorsement money to start 'Jenifa's Diary'', the actress said while speaking during the 5th session tagged 'Economy of Talents Using the Entertainment Industry to Rebuild Nigeria.”