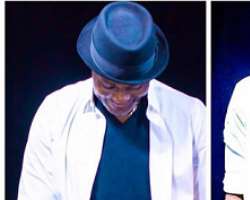 Veteran Nollywood actor, Richard Mofe Damijo better known as RMD, is seriously giving young guys a run for their money with the swags he comes out with everytime he gets the opportunity of showing off his youthful side.

The actor has trended with lots of fashion outfit but Cameo short with a round neck shirt with a hat gave the youthful side of the actor which has gotten many applauding him.

RMD has so far been able to catch the attention of lots of fans within the short time he has spent after his political appointment in government some years back.

Only featured in few movies so far, the actor has become the toast of many ladies even despite being a married man due to his graceful looks.