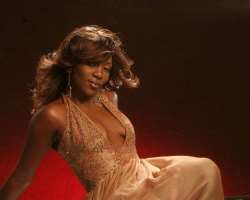 We got wondering why AMAA that stands to be the 'Oscar' for African actors didn't see every A List actor or actress in attendance. Conspicuously absent was Genevieve Nnaji

Genevieve Nnaji was not present at the AMAAwards because the organizers didn't provide her with a helicopter. Source said she had asked for a helicopter.

Source said Genevieve was invited to the AMAA but she made the ridiculous request for a helicopter to pick her up and It was perceived as a joke by Peace Anyiam Osigwe, the organizer of the awards but apparently Genny was serious as she didn't make it to the event.