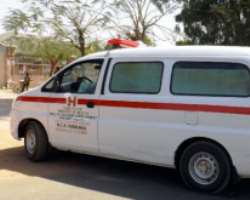 SAN FRANCISCO, December 21, (THEWILL) – A child suicide bomber, laden with Improvised Explosive Device, IED, yesterday detonated same while being screened by the Borno State Youth Empowerment Scheme, popularly known as Civilian JTF. This led to the death of 9 people while 24 others sustained various degrees of injuries.

She was among two other, aged between 10 to 15, suspected suicide bombers being subjected to the necessary drills and precautions.

Disclosing this in a statement he issued, the Acting Director of Army Public Relations, Colonel Sani Kukasheka Usman said: “the security and emergency management agents have mobilized to the scene. The bodies have been evacuated and all those injured are receiving medical attention.

“The security agencies have intensified patrols and security checks in the area.”

While condemning the dastardly act, the army commiserated with the families of these that lost their lives and the injured and reiterated the need for more security consciousness and vigilance by all especially during the Yuletide and New Year holidays.