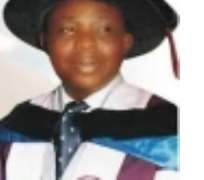 From the inception of the administration of Prof. Austin Ovigue Asagba, as the Vice Chancellor of Western Delta University, Oghara. Media reports in the institution had taken multifarious dimensions.

His leadership model has not only saturated the airwaves, but also filled the volumes of newspapers and the cyber space.

The various shades of media reports on the developmental strides in the citadel of learning are attestation his dogged efforts in the fledgling institution. Despite its perennial billings coupled with global economic meltdown.

Prof. Austin Ovigue Asagba with the co-operations of the management staff has sired sterling and tangible achievements with his sojourn in the institution, in a bid to put the institution in its pride of place.

Philosophers say the only thing that is constant in life is change. So it comes to a time when individuals, organizations, institutions etc.have to embrace change in order to achieve dynamism in the affairs of men and society.

Professor Austin Ovigue Asagba is a professor of theatre arts at the University of Benin, Benin City, Edo State, since October 1, 2003. In the past thirty years, he has trained and nurtured theatre artists, critics, writers and culture experts etc. in the Faculty of Arts and Humanities.

Prof. Asagba an Urhobo by virtue of birth and growth, Asagba speaks Hausa and understands Igbo and Yoruba languages, giving him the ability to communicate cadres of people and ability to manage human relations and conflict resolution effectively.

“Beyond the Rhetoric of Theatre; Enhancing the platform for national development,” He was guest lecturer at the World Culture Day celebration in Abuja, Nigeria. He is a regular guest lecturer at Goldsmith College University of London, England.

He has also acted, directed and produced several plays at home and abroad. His deep interest in community theatre for integrated development enabled him to work in collaboration with colleagues and friends in the Nigerian Popular Theatre Association (NPTA] in various urban and rural communities of Nigeria in the late 1980s and greater part of the 1990s.

Prof. Asagba has published several essays and articles in scholarly and learned journals both at home and abroad and his edited books include, “Crosscurrents in African Theatre: Sam Ukala, “Theatre and Minority Right: Perspective in the Niger Delta”.

He was an editor of the Society of Nigerian Theatre Journal (SONTA) and the Nigerian Journal of Humanities. His first unpublished stage play; “The crossroad” was written in 1978 and premiered by the diploma class of the University of Ibadan Arts Theatre.

Asagba began his teaching career in the late 1981 after the completion of his M.A. degree in Modern African Literature from the University of Sheffield, England, with a second class (upper division) in theatre arts from the University of Ibadan. He spent his national youth year teaching at the Federal College of Education, Abeokuta, Ogun state. After receiving his doctorate degree in theatre studies from the

He applied the medium of culture and theatre for development as communication entry point and interface with the Forcados community. He is a member of the International Drama/Theatre and Research (IFTR), member of Academy of Letters. He has been an external examiner at both the undergraduate and post graduate levels to the Universities of

At the inauguration of Prof. Asagba in 2014 as the Vice Chancellor Western Delta University, Oghara, Emeritus Professor Andrew G. Onokerhoraye, the Pro-Chancellor/Chairman of Governing Council of the

University, elucidated on the departure of the former Vice Chancellor, pointing out ‘’that Professor Peter Hugbo performed well even in the face of numerous challenges. He was a great gift to the university but then, there comes a time when a change is necessary in the affairs of men and institutions.

He made a lot of sacrifices and deserves all commendation at his point of disengagement from the University.’’

He stated, “I want to at this point thank the former Vice Chancellor even though the University council had earlier appreciated him. He worked hard, against all the difficulties. Few people at his age can withstand this challenge for six years, and he successfully graduated three sets of students.” He added that the former Vice Chancellors leaving was not prompted by anybody, he decided to go without pushing.

While introducing the new Vice-Chancellor, Emeritus Professor Onokerhoraye stated, “The new Vice Chancellor is coming in with a new dynamism to face the challenges that we face, he would have to be guided and go into action. The Vice-Chancellor of a University has to be on the move to actualize the dream of his University.

As a young man, the Vice Chancellor has no excuse not to perform and move the university to higher level.”

But today, this simple gentleman has performed beyond expectations. With the doggedness of Prof. Asagba, Western Delta University has two additional colleges; college of law and that of Humanities.

Infrastructural development has not also been left out as investigations has shown that the institution would kick off its next academic session in its permanent site as arrangements is in top gear to commission the expansive and serene environment within the next couple of weeks.

Speaking further, the Pro-Chancellor Emeritus Professor, Onokerhoraye recalled that WDU was established by people who are generous to provide education for our people and you don’t expect that after their initial investment, you continue to meet the investors for financing the University, like some of the world’s best private Universities, Yale, Harva rd etc., after their initial takeoff, they creatively and professionally sourced for funds for the universities.

He asked what we can do to improve our resources. What can we do to generate revenue? The Vice Chancellor and Management must generate ideas because; the University council is not a monopoly of ideas.

The then new Vice-Chancellor stated in his inaugural speech, “I have come here because I feel that there is a dream somewhere, each time I pass from Benin, Sapele, to Warri when I see the expanse of land at the university, I feel excited that somebody, the proprietor has planned that there should be an educational institution there.

I feel, therefore, that why not we drive the process, why not we work together so that we can realize the dream; people from this part of the world are very industrious and very ambitious. I believe that despite the challenges it’s very possible for us to realize the noble dream of the University.

A University is not a motor park; it’s a serene environment for research, people exchange ideas, and I think the Western Delta University can take on the challenges of contributing to the advancement of communities and the entire society”.

Today, he has matched his words with actions, through developmental projects in all facets of the institution. Western Delta University under Prof. Austin Ovigue Asagba seems to have been uniquely licensed to harangue the institution on the details of delivery, where every product (graduates) of the institution is given first class treatment all over the world.

Kparobo Ehvwubare is a journalist, and ICT expert wrote from Oghara, Delta state. Could be reach 07067546856 or [email protected]