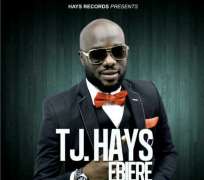 Ayikimi Oghenetejiri Fondly called Prince Tj who is from the Niger Delta region of Nigeria, He's from Burutu and warri south lga . comes through with a new single titled Ebiere.

He has shared stage with a lot of successful musicians nation wide as a live band musician and He's the present pro of the warri Pman chapter.

Ebiere is a beautiful love song that is bound to get you on your feet and rock the airwaves; the song was produced by fast rising producer from the south Id Cleff who has worked with Meshack ( Go Tell Dem), Shuun Bebe, Erigga, Dezign(Veronica) and a slew of other artistes while it was mixed by Brain...