Her Excellency, My Wife! 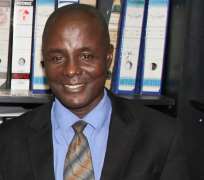 The title of this essay is not original. The credit for its invention should go to one of the military governors during the Babangida or Abacha military era. He was at an event organized by his wife in the state and when it was time for him to make a speech, he began by saying something like this: “I want to thank Her Excellency, my wife, for organizing this programme and inviting me to be part of it.”

When I saw the headline in a national newspaper last weekend indicating that the federal government had “abolished the office of First Lady,” I hastened to read the report thinking that President Muhammadu Buhari has finally gratified the wishes of many Nigerians by terminating the overly wasteful, distractive and illegal position usually assumed by the spouses of our rulers. Anyone familiar with my writings would easily recall that I have remained unrepentantly opposed to that illegal “office” behind which many spouses of Nigerian presidents, governors and even council chairmen hide to squander public resources, wield obscene influence and almost run a parallel administration. You could, therefore, imagine my excitement on seeing a headline that seemed to suggest that an end has finally been put to the whole revolting glamorization of illegality and frivolity.

But I was brutally disappointed. What Buhari did was merely to “abolish” Six and replace it with Half-Dozen. His wife will now assume the “Office of the Wife of the President” instead of that of the “First Lady.” It is, however, doubtful if a mere name-change would introduce the slightest hint of departure from the notorious preoccupations that have over the years distinguished the contraption referred to as “First Ladyship” in Nigeria. Perhaps, we were all expected to applaud this new chapter in the book of “Change,” but if you ask me, I think that somebody is merely trying to imply that we are a country of numbskulls, quite incapable of realizing when we have been fooled.

As we left the airport in Owerri on that sombre Friday evening the previous week, I saw extraordinarily large banners welcoming the president’s wife, Mrs. Aisha Buhari, to what they called “August Meeting” in the Imo State capital. As we got into Owerri proper, it became clear that Mrs. Buhari’s “August Meeting” had unleashed a gridlock in the city and we had some difficulty passing through.

Maybe, because the nuisance was created by the “Wife of the President” instead of the “First Lady,” the media chose to ignore the additional stress imposed on an already unduly stretched populace by Mrs. Nneoma Okorocha and her guest in Owerri. There were crowds of obviously weary women clad in diverse uniforms (probably, mostly poor women lured to the event with paltry sums) milling around or leaving the venue of the event, which I suspected was over by the time we got there.

In saner climes, the people would be interested to know how much this obviously useless jamboree may have cost the government of Mr. Rochas Okorocha in a state where civil servants have embarked on an indefinite strike due to non-payment of arrears of salaries and allowances.

Announcing the new title for the president’s wife last week, presidential spokesman, Mr. Garba Shehu said: “President Buhari [had] promised that there would be a clear difference between the role played by his wife during his tenure and that played by many previous First Ladies. All that ostentation, ubiquitousness and arrogance we have come to expect from the office are over and done with. Change has come. The ideal platform from which she will be useful to Nigeria’s women and children is still being thought out. Once this has been concluded on, Mrs. Buhari’s role will become clearer to all Nigerians. There will be nothing shady or hidden about it. There will be no access to public funds. It will be purely private and voluntary.”

The problem, however, is that there is nothing new in Mr. Shehu’s beautifully-crafted rhetoric, even though he also fell into the same error of according recognition to an “office” that is totally alien to our laws. He should have recalled that even more tantalizingly-crafted texts have been articulated about the roles of previous presidential spouses, yet, what we ended up seeing were even more atrocious displays, extreme profligacy and sundry perpetration of illegalities.

Mr. Shehu is promising Nigerians a clean break from the hideous past, but how exactly would he explain and situate Mrs. Buhari’s disruptive outing in Owerri on that Friday, more of which we should expect to see soon from the president’s obviously ambitious and restless young wife?

When asked the role his spouse would play when he was elected president some years ago, a former president had replied: She would just be my wife! But at the end of the day, his wife became in the opinion of many the very epitome of all the revolting extremities we have ever associated with presidential spouses. So, why is Shehu expecting us to believe him, even when one of the basic promises of his boss, namely, that he will publicly declare his assets and compel all those working in his administration to do so appears to have been scornfully waved aside and swept under?

It does seem that in this part of the world, we are most adept at creating grotesque legitimacy for the totally absurd which we go on to advertise with indecent fanfare, even to our own hurt. Indeed, I would certainly not be bothered one bit if I never got to see the wife or concubines of any governor or president until the expiration of his tenure. I do not edit a society tabloid whose passion it usually is to discover the brand or colour of the lipstick that currently adorns Madam First Lady’s lips or the latest revealing blouse with a plunging neckline she wore to the last bacchanalian revel.

My candid opinion is that we can do with one ruler at a time. Let the wives of our rulers spare us their clearly unappetizing presence and retreat to their houses and be good wives to their husbands and good mothers to their children. For the umpteenth time, they should please remove their mostly over-bleached, over-made-up and over-dressed selves before our faces so we can find the presence of mind and equanimity to bear the pain and anguish their husbands callously and unceasingly unleash on us by their mindless looting of our commonwealth, unspeakable directionlessness, in short, their abysmal failure of leadership and character.

We are almost forgetting that the Constitution has no provisions for the so-called “Office of the First Lady” or the newly created “Office of the Wife of the President,” or any other name some other president may choose to come up with tomorrow.

Now, I am not bothered, for instance, if the president's wife is swamped by a battery of special assistants, senior special advisers, and even press secretaries attached to her "office," so long as their salaries and allowances are paid from the private purse of her spouse. The state can pay for her security, we can afford to overlook that, even though her "office" is not backed by any law. Any time she is with her husband, the state can also bear her transport expenses and take care of her refreshments. I have not read the constitution thoroughly, but I guess Nigeria, too, feeds the president and his family. Those are about the only privileges that should accrue to presidential families.

So, no matter the name it is called, a presidential spouse does not have any statutorily established office. If Buhari is serious about giving Nigerians a breath of fresh air, he should tame his young, bubbly wife who appears desperate to have her own day in the sun. Indeed, taking very good care of the president should be enough, ennobling and fulfilling job for a presidential spouse.

*Ugochukwu Ejinkeonye, a Nigerian journalist and writer, is a columnist with a Nigerian national newspaper ([email protected]; www.ugowrite.blogspot.com; twitter:@ugowrite).