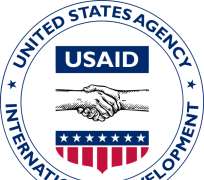 These funds will enable UNICEF to increase the number of children and youth who will be reached with emergency education services through USAID support to 200,000. Demobilized child soldiers and other out-of-school children in the Pibor area will now benefit from this initiative.

Pibor is one of the least developed areas of South Sudan. Conflict has forced out-of-school girls into early marriage, while boys as young as 14 joined or were conscripted into armed groups. In January, the Cobra Faction armed group began releasing children from its ranks. A total of 1,757 children have been released in the Pibor area; 145 of these children have started attending classes at the Pibor Primary School.

The United States is one of the largest donors to UNICEF's Education in Emergencies program and has long provided support for education in South Sudan.

"USAID has been supporting education in South Sudan since the liberation struggle," said U.S. Ambassador to South Sudan Molly Phee. "Educating the next generation is the foundation of a peaceful and prosperous future for any country. But for decades, the children of South Sudan have had to forfeit the opportunity to learn to read and write because of warfare.”

“When the current conflict erupted, we were determined to help ensure that this generation of children does not suffer because of the failure of their leaders. So we worked with UNICEF and other donors to bring education to the children, reaching them at UN compounds and other locations where they are sheltering," added Ambassador Phee.