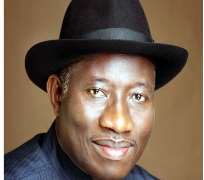 Ahead of the May 29, handover date to the Muhammadu Buhari administration, President Goodluck Jonathan on Wednesday directed all Federal Ministries, Departments and Agencies (MDAs) to submit their handover notes to the Secretary to the Government of the Federation (SGF) by April 20.

Briefing newsmen after Wednesday's FEC meeting, Minister of Information, Patricia Akwashiki, said Jonathan also directed all Ministers to present to him and the FEC any pending contracts or memos requiring approval before May 13, to avoid any last minute approvals before the handover date.

According to Akwashiki, the President further demanded a progress report of all projects in the various MDAs, detailing those either abandoned or ongoing, as well as the level of completion.

She acknowledged that the administration has indeed switched to transition mode, adding that to ensure a flawless transition, Jonathan announced his plan to host the President-elect, to a formal handover dinner at the Presidential Villa on May 28 which is eve of the handover date.

With this, the May 29 date will just be for Buhari's public ceremonial oath-taking after which he will formally take over the rein of government.

Before then, the usual activities commemorating the May 29 Democracy Day would hold in the week before handover, including showcasing some of the achievements of the Jonathan-led government.

Akwashiki said: 'We discussed other issues but we are particularly paying attention to the transition and how to make it effective. We have transitional committee already set up by the President, headed by the Vice-President, Namadi Sambo. Other than that, we have an Inaugural Committee headed by the SGF.

'So, everything we are doing, we are doing to achieve a smooth transition; getting all our notes together. By May 28, the President intends to have the formal handing over done at a dinner so that we can reserve May 29 for the ceremonies. By May 28, we expect to have concluded our own governance and will be welcoming incoming government.

'Also, you know May 29 is our Democracy Day; so we have activities lined up all through that week, showcasing all what we have achieved and all other things we do normally on our Democracy Day, except that this year is special with the inauguration of our new President that is coming up on May 29,' she stated.

The Minister went further to explain that the presidential directives would not mean the end of governance or government activities at the MDAs, but just part of efforts to tidy up things for the ease of the in-coming government.

She pointed out that the handover notes to the SGF would not be the exact or final ones to be handed to the new government, as they would be updated with outstanding activities of the outgoing regime.

'It is for the MDAs to submit their notes to the SGF who will handle the total package of the handing over to the incoming administration. It doesn't mean that they are the exact notes that will be passed on.

'There is a format to follow and so it becomes easier for all the MDAs to follow the template. If they do that, it will be easier for the President to compile everything. The format is to ensure you submit everything before they pass it to the incoming government. That is not to say that governance has stopped. Of course, we are in government until the day the President-elect takes oath of office.

'If you have approvals we are going to have FEC meetings every week, the last one that will be the valedictory one will be on May 20. So, governance is not stopping; we are still working and in the event you have approvals it must be concluded before April13,' she added.

Following the presidential directive, the Federal Ministry of Aviation has ordered parastatals in the industry to prepare a handover note of their respective organisations that will be handed over to the new administration ahead the May 29, 2015 hand over date.

A letter to that  effect  which was signed by a Director in the Ministry, Ibrahim Idris for the Minister of Aviation, Chief Osita Chidoka and sighted by Daily Independent, directed the Chief Executive Officers of the various agencies in the aviation industry to forward to the Aviation  Ministry a comprehensive handover note not later than April 20, 2015.

The letter dated April 20, 2015 with reference number MCA.0014/S.11/I and addressed to the Chief Executive Officers of the agencies advised them to focus more on the achievements of President Goodluck Jonathan's administration from 2011 to date.

'As you are aware, the tenure of this administration will come to an end on the 29th May, 2015. In view of this, I am directed to request that you submit a comprehensive handover note of your agency as part of preparations for a smooth transition to the incoming administration' the letter read in part.

It continued, 'The submission should include the achievements of the Jonathan's administration from 2011 to date and forwarded to the undersigned not later than Monday, 20th, April, 2015'.