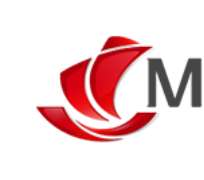 PORT-LOUIS, Mauritius, March 6, 2015/African Press Organization (APO)/ -- The Chief Executive of MCB (http://www.mcb.mu), the largest bank in East Africa, will host an online press conference Wednesday 11th March 2015 at 11 a.m. GMT to provide updates on the strategy of the Mauritius Commercial Bank into Africa and positioning at Africa CEO Forum.

The Mauritius Commercial Bank (MCB) is fast expanding into continental Africa, positioning itself as a choice partner for businesses and other banks.

MCB is the Diamond Sponsor of the Africa CEO Forum, the must-attend event for the promotion and development of the African private sector, to be held in Geneva on 16th and 17th March. Our aim is to engage in constructive dialogue to shape Africa's future with the champions of economic growth expected to attend, namely:

Journalists interested in attending this online press conference will be able to ASK QUESTIONS LIVE VIA THE INTERNET.

How it works: This service is FREE and only requires a computer connected to the internet.

Established in 1838, The Mauritius Commercial Bank (MCB) (http://www.mcb.mu) is the largest bank in East Africa. It is fast expanding into continental Africa, positioning itself as a choice partner for businesses and other banks.

• Market capitalisation of US$ 1.6 billion

• Balance sheet of US$ 7 billion

• 1,600 corresponding banks around the world

Mauritius as a hub for financial services

MCB is a vital part of the transformation of Mauritius into an international hub for financial services. Internationally recognised as a proven and trusted financial services platform, Mauritius was among the first jurisdictions to be included in the OECD White List. It has 19 Investment Promotion and Protection Agreements and 17 Double Taxation Avoidance Agreements with African countries, offers a fiscal platform with individual and corporate tax rate at 15% with global businesses taxed at a rate of 0 to 3% and is a secure jurisdiction for structuring and managing African investments.