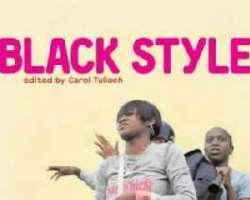 The Nigerian Television fashion show, a programme that is aired on Galaxy Television, has been repackaged to meet international standard. Beginning from 18th April, 2010, the Nigerian Television fashion show will witness a rebirth in all ramifications. Briefing newsmen on the upcoming show, the General Manager of Nollywood Worldwide Entertainment, an indigenous programmes production and distribution company, and a sister company to Galaxy Television, Mr. Kolawale Akintoba, said the aim of the repackaging is to uplift the show and take it to the next level.

Part of the repackaging strategy is to make the programme a quarterly affair instead of monthly as it used to be. This, according to Mr. Akintoba, is to allow the designers who participate in the shows to be well prepared and come out in their best.

The show is aimed at exposing and celebrating the creativity of Nigerian and African designers, through the use of local fabrics. This will help in projecting the Nigerian, and invariably the African culture to the world. 'Our aim is to take this event beyond the shores of Nigeria and Africa to an international audience', he said.

The show, which is one of the numerous programmes on the Nollywood Worldwide Entertainment platform, started five years ago at the Airport Hotel, Ikeja. However, this year, the first edition of the new NTFS will hold at the External Ball Room of the prestigious Federal Palace Hotel, Victoria Island, Lagos.