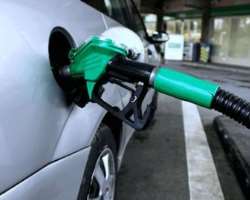 Nothing better illustrates the profound disconnect between citizens and the Jonathan administration than the brouhaha over the margin of reduction in the pump price of petrol in the aftermath of the global slump in oil prices. After weeks of strident calls for price reduction, Minister of Petroleum, Diezani Alison-Madueke, would finally announce a N10 cut from N97 to N87 on a litre of petrol on January 18.

A day after, the Petroleum Products Pricing Regulatory Agency, PPPRA's executive secretary, Farouk Ahmed, would give a breakdown of how the new price was arrived at. He gave the landing cost of petrol as at the close of business on Friday, January 16 as N74.35 per litre. With the approved distribution margin unchanged at N15.49 per litre, he gave the new market price as N89.84 per litre, leaving N2.84 per litre as subsidy on the new pump price.

If we expected the petroleum minister and the petroleum price regulator, PPPRA to touch on the pump prices of domestic kerosene and industrial fuel - diesel, nothing of the sort came forth. Indeed, neither the minister nor the PPPRA boss said anything about kerosene price which, like petrol, is supposed to be regulated at N50 per litre but actually sells for anything between N120 to N150 in the open market. As for diesel, mostly used by manufacturers and businesses to power their operations, although its price is officially deregulated, in reality, the price is dictated, not so much by any market fundamentals, but by a powerful cartel that willy-nilly has the end-users at their mercy.

The big question here is why the Federal Government would accept the basis for the discount on petrol price on one hand, while denying the same basis for kerosene and diesel on the other? The answer is to be found in the grotesque, laisez faireenvironment of fuel pricing which the Federal Government has promoted and sustained over the years, all in the name of deregulation. Of course, in removing N10 off the price of petrol - being extremely price-sensitive - the Federal Government merely moved, albeit wisely, to take the winds off potential agitations in the wake of the unceasing demands for price cuts.

Is the measly N10 discount the best the Federal Government can offer? First, we know that crude oil prices have tumbled by more than 60 percent over the last six months. The other known fact is that the Central Bank of Nigeria (CBN) has devalued the naira by some 20 percent in the last few weeks. Whereas the former would ordinarily have translated to lower landing costs, the latter would more than guarantee that products cost would never come down! Here, it seems so easy to appreciate the bind that the Federal Government has thrown the country in the event of its failure to terminate the current regime of fuel importation.

We must say that we consider the argument by labour and some notable trade associations in favour of a return to the old price of N65 per litre persuasive. An offer of a paltry 10 percent discount only on petrol price is at best tokenistic. How about the Federal Government seeking to make a fetish of the PPPRA template also feigning ignorance of its make-up? That, to be sure, must be galling.

Of course we know what the template, directly linked to the current wholesale reliance on fuel imports, contains. Apart from the Cost and Freight (C&F) values which are subject to foreign exchange fluctuations, the other elements have the trappings of the rentier economy which the downstream sector is fabulously known for. Domestic sufficiency in products refining, aside insulating the economy from the vagaries of currency movements, would appear the best strategy to sound the death knell of that rentier segment. That route, unfortunately, is what the Federal Government seems least prepared to take at this time, or ever.