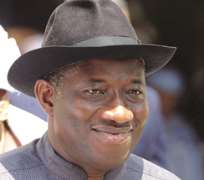 Battle-ready soldiers have reportedly taken over the Adokie Amiesimaka Stadium, located in Igwuruta-Ali in Ikwerre Local Government Area, ahead of President Goodluck Jonathan's campaign rally in the stadium.

Jonathan is expected to be at the presidential rally of the Peoples Democratic Party in Rivers on January 28.

While the state government refused to approve the application from the state PDP for the use of the Adokie Amiesimaka Stadium for its presidential rally, soldiers reportedly took over the place on Friday night.

Tony Okocha, Chief of Staff to Governor Rotimi Amaechi, described the action of the PDP and the Presidency, who might have directed soldiers to forcefully enter the stadium, as criminal.

Okocha called for calm and promised that the matter would be reported to the international community. -Punch.