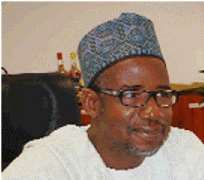 The Federal Executive Council (FEC) on Wednesday approved a contract for the construction of sewage facilities to connect Guzape District (Lots 1 and 2) to the trunk mains (Stage I -connection of Guzape Lot 1) in the Federal Capital Territory for N1.2bn.

The Supervising Minister of Information, Dr. Nurudeen Muhammed; and the Minister of FCT, Senator Bala Muhammed, briefed State House correspondents at the end of the meeting presided over by President Goodluck Jonathan.

Muhammed said the contractor had 16 months to complete the project.

According to him, there is already the provision of N300m from the FCT internally generated revenue for the commencement of the project while adequate provisions have been provided in the FCT Funding Plan for the remaining sum.

The minister said the Guzape District is located around the fringes of the FCT and was not initially considered to be part of the Abuja City Master Plan.

'The scope of the work, its significance and substantial compliance of the award process with the provisions of due process were noted and extensively deliberated by members.

'In addition, the council noted specifically that the project will provide employment opportunities for about 50 indigenous professionals, artisans, skilled and unskilled labour and that there is already the provision of N300 million from the FCT internally generated revenue for the commencement of the project while adequate provisions have been provided in the FCT Funding Plan for the project.

'Accordingly, council approved the award of the contract with a completion period of 16 months,” he stated.