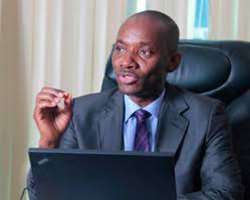 An amended 'special' Multi Year Tariff Order to be known as MYTO 2.1 officially took off Wednesday. Essentially, from yesterday, electricity tariff went up.

However, because service delivery has not improved significantly, the Nigerian Electricity Regulatory Commission (NERC) has announced that distribution companies will not increase tariff for R1 and R2 (residential) consumers for six months. Other categories of customers would, however, witness an increase in what they pay for electricity.

Chairman of NERC, Sam Amadi, told some journalists in Abuja Wednesday that the increase is premised on the verified losses that the DISCOs were facing and the new price of gas, which took off this month.

Amadi said: 'The implication of the increase in losses level is that the tariff will go up because the cost of distributing power will increase.

'Each of the distribution companies will, however, design a tariff on how to recover their revenue because what NERC has done is to insist that they will not increase tariff for R2 customers for six (6) months.'

He further explained: 'Essentially from today (yesterday), the tariff should be up but what is happening now is that they are going to lose money for the next six months because of that caveat.

'We have taken a regulatory policy to say that they will not increase the tariff of residential consumers for the next six months until there is an improvement in service delivery and this is bitter for them because they will not recover that money for that six months but they have accepted it, finally, as a sacrifice they have to make.

'The bottom-line is that tariff should have increased for everybody from January 1, 2015 going by the increase in the cost of doing business; increase in gas price, new loss levels but because of the commitment that NERC has made to ensure that consumers are not exposed further to increased cost until there is some improvement, we have frozen the increment for six months for residential consumer but they will administer their tariff to other consumers but the residential consumers are given special consideration.'

He noted: 'There has been an ongoing long-running review of the MYTO. Basically, the tariff is reviewed every six months in what we call minor review. The minor review however coincided with a special review which is based on the fact that when the new owners took over, there was an agreement that there will be a review of the ATC & C (Aggregate Technical, Commercial and Collection) losses, which is simply to say that the new owners bought their assets with an understanding with the BPE (Bureau for Public Enterprises) and which NERC recognised that when they come, they will have an opportunity to validate the losses level which the BPE projected and upon which they bought the assets.

'The implication is that when they did the review and together with NERC it will be verified and use the loss level to get for them a much more reflective tariff because tariff is based on many factors which one of them is loss.'

He added: 'So, if we had projected that the loss level in the industry is 30 per cent, it means that 30 per cent of revenue in the industry will be lost but if suddenly it becomes 50 per cent, the implication is that we have underpriced the losses and therefore the tariff will be reviewed.

'When we were privatising, there was some lack of credibility with the data that was put forward and the agreement was that there was no need to argue and that when they come in, they conduct independent study of the loss levels and verify with NERC who will put it back through a special tariff review if the study is ascertained to be credible. That is why it a special review and not our normal six months review because this is based on one of the recognition of the agreement that they have to confirm that losses are as we projected. The commission has now accepted those losses level and it is now to put it into the tariff.

''The new tariff that is announced is a review of the MYTO to factor the losses that are now different based on verification and studies, factor the new price of gas which has changed; basically, those are the two major components for now.

'We approved an amended MYTO tariff which means that issued a new tariff order that continues with the framework of the tariff but now shows that for the remaining of the five years period, the figures are now different but we have not factored some changes like exchange rates and inflation.'

NERC said, however, that the new tariff had an implication for take-off date for a disciplined electricity market by January 1, 2015.

A separate statement announcing the tariff in Abuja NERC explained that with the commencement of MYTO 2.1, the Commission would now progressively hold electricity distribution, transmission, generation companies as well as other market operators to the terms and conditions of their licences.

Amadi said: 'It is expected that the take-off of MYTO 2.1 will bring about improved service delivery as distribution companies are now expected to implement their investment plans for metering and strengthen their networks in line with their bid documents.' – Guardian