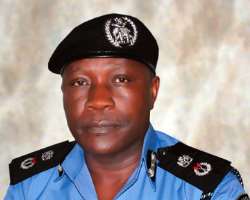 The Nigerian Police, on Thursday, said that it would no longer tolerate the unlawful killing of Nigerians in the name of ‘accidental discharge’.

According to Ojukwu, no police man who shoots at somebody and claims accidental discharge will be spared as all guns have a safety mechanisms.

“There is nothing like accidental discharge; every gun has a safety mode; so if a policeman fires at somebody and say it is accidental, we deal with him and charge him for murder because he has been trained to handle arms and arms have safety modes.

“When a gun is fired it must have been cocked; and before you cock, you must have the intention to fire it.

“So if anyone has intention to fire, and he wounds somebody, we will not spare him because we are self-cleansing, we don't take nonsense; bad eggs don't survive here and so we throw them out. (NAN).