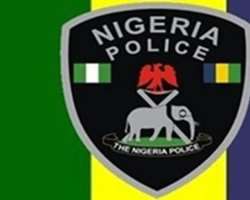 According to the State Police Public Relations Officer, Mr. Ahmad Mohammad, Bob-manuel, who confirmed that he was apprehended on Sunday at Nembe Waterfront in Port Harcourt, was trailed for several days before he was eventually arrested.

Madam Agama, who had since regained her freedom, was abducted by Bob-manuel's gang at Leventis Bus-stop, along Port Harcourt-Aba Expressway on her way home from an evening church service.

Mohammad disclosed in a statement on Monday that a locally made pistol and a Toyota Highlander jeep were recovered from the hideout of the hoodlums.

The state police spokesman explained that the hoodlums had confessed to kidnapping the minister's sister in October.

He warned criminals to stay away from the state or risk being caught and face the wrath of the law.