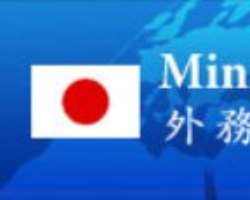 I would like to extend my sincere appreciation to the leaders of the Regional Economic Communities for coming together today. It was a great delight for me to meet several of you once again. For those of you I am meeting for the first time, it is a true pleasure to meet you.

I express my heartfelt condolences for the precious lives that have been lost to the Ebola outbreak. The Government of Japan will put forth its greatest possible efforts in the fight against Ebola. From that perspective, Japan actively supported as a co-sponsor the recent adoption of the Security Council resolution concerning Ebola outbreak and supports the establishment of the United Nations Mission for Ebola Emergency Response (UNMEER). In order to fight against this detestable disease, we first of all extended emergency grant aid of US$520,000 to Guinea in April, and since that time, we have continued providing assistance to affected countries respectively. The assistance that Japan has extended thus far amounts to a scale of roughly US$5 million in total. Four times Japan has sent to Liberia and Sierra Leone doctors highly knowledgeable and experienced regarding international infectious diseases, as members of WHO medical teams. I wish to state that we will not ease up in our efforts. We will continue our assistance in a variety of forms, including the potential for additional contributions of personnel.

Excellencies, the RECs are the cornerstone for Africa's regional integration. Japan will walk alongside you on the long road ahead. We will hold close policy dialogues with you while working intently to develop Africa's infrastructure.

Today I would like for us each to present our frank views on what we should do to foster a win-win relationship and promote trade and investment between Japan and Africa further.

But before we begin our discussions, I would like you to remember something. In March 2015, Japan will hold the Third World Conference on Disaster Risk Reduction in the city of Sendai, which suffered tremendous damage in the Great East Japan Earthquake. We expect that society's “resilience” will be one of its major themes. I would be very pleased if you would all attend this Conference and see for yourselves the state of reconstruction and the challenges that lie ahead.

Next, with regard to TICAD, Japan intends to accommodate your request that the next TICAD summit be held in Africa. We hope that TICAD can be held on a rotating basis in Japan and Africa.

Today we are joined by representatives of the Democratic Republic of the Congo. A large suspension bridge straddles the magnificent Congo River, which also flows through the capital, Kinshasa. I understand that this bridge, called the Matadi Bridge, is striking in its appearance and often appears in the background as honeymooners take photographs.

It was 1983 when the bridge was completed using Japan's loans and technologies. Last year, a ceremony was held to commemorate the passage of thirty years since that time, with the participation of people from Japan who had been involved in the construction of the bridge. These were engineers who had dubbed themselves “the Seven Samurai.”

They attended the ceremony paying their own expenses. I imagine that they were quite nostalgic about their experiences working together with the Congolese. I hear that engineers from both countries met again atop the bridge, whereupon tears flowed, so filled were they with emotion. The “samurai” were unanimous in saying, “There was a civil war after we completed this bridge. Even though the country must have been mired in confusion, this bridge looks so new that you can hardly believe 30 years have passed.”

If I were to cite the name of one Congolese among those who have worked so hard to maintain the bridge, it would be Mr. Ndele Buba Madiata, the manager in charge of operations and maintenance. Everyone familiar with the circumstances shares the opinion that without Mr. Madiata, who is also fond of Japanese songs, there would be no story to tell about how the bridge came to be so well-maintained.

When Japan builds infrastructure, we make it to last. Even more importantly, Japan leaves in the hearts of the local people the joy of working and the value to be found in working hard. We cultivate friendships in which reunions are welcomed with tears 30 years later.

The story of the Matadi Bridge reminds us of this very fact once more. Japan is now continuing its assistance to pass down to the next generation the technologies and techniques for maintaining and managing the bridge. The Matadi Bridge will forever serve as a symbol of the friendship linking the Democratic Republic of the Congo and Japan.

Together with you, we will compile a master plan for developing at a regional level corridor projects that bring together ports and roads as well as railways into a package, the development of electricity power grids, and geothermal power generation that makes use of Japanese technologies.

Logistics is the greatest challenge for Africa's economic growth. To overcome this, through close cooperation with the RECs, Japan has been advancing One Stop Border Posts, with which you are all very familiar. The Project has been implemented in 14 locations at present.

Japan intends to expand its assistance from a point to a line, and then from a line to a plane. We will make contributions by mobilizing all Japan's available strengths and knowledge. In every respect, the aim of this is to promote regional partnership within the RECs.

Incidentally, in the Mombasa Port Development Project in Kenya, what was lacking at the project site was advanced welding techniques. However, Kenyan engineers are now able to handle this sufficiently, because the Japanese companies engaged in the construction transferred the welding techniques to them, starting from scratch.

I trust that this example again provides you with evidence of the approach that permeates Japan's ODA, in that we leave in the local communities not only physical things, but also human resources, while fostering strong ownership within those communities.

At last year's TICAD V, we set forth the ABE Initiative, through which we will invite to Japan one thousand promising young Africans, precisely for the purpose of fostering human resources. This month, the first group of 156 participants arrived in Japan, where they will apply themselves to such areas of study as civil engineering and engineering.

In addition, I stated that the Government of Japan would implement roughly US$6.5 billion of assistance for infrastructure development. Japan will always deliver its pledges. We are already implementing the equivalent of roughly US$2.3 billion in projects at present.

Going forward, Japan will continue to provide assistance that fosters from people's hearts a robust, vibrant, and stable Africa, while transferring over skills that will last a lifetime, as well as assistance through which we share the joys of economic growth—exactly what we have done up until now.