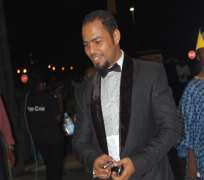 Malawian top actress, Flora Suya, is a top contender in this year's Best Actress category at the African Movie Academy Awards (AMAA), scheduled to take place on Saturday, April 10, in Yenagoa, the Bayelsa State capital.Suya's role in the movie, Season of a Life, earned her the nomination, alongside other A-list actresses like Ghanaian Jackie Appiah,

Lydia Forson, Naa Ashorkor Mensah-Doku, Stephanie Okereke and Bimbo Akintola, who just got her first nomination at AMAA for her excellent performance in the movie Bond and Fred Amata's Freedom in Chain.

The chairman of College of Screeners, Mr. Shuaib Hussein said that Flora Suya might be the revelation AMAA has thrown up this year, adding that the award was fulfilling its mission and set objectives, as other African countries were coming out strongly in the business of film making.

“Flora Suya's role in Season of a Life is superlative. She is a complete talent that will go places in her acting career. It is also a wake up call and challenge for our top actors and actresses to up their games. Nominations for awards anywhere in the world is a function of quality of work, professionalism and not whether anybody is an A-list star or not,” said Hussein.

Hussein also said the entries received from North African countries, with Algeria and Egypt as strong contenders in the Best Animation category continued to attest to the popularity and acceptability of AMAA as the most respected recognition platform for the film industry in Africa.
Kunle Afolayan's Figurine and Izu Chukwu's Nnenda and The Child, were among 30 films that made the nominations for this year's African Movie Academy Awards, out of the over 280 entries received across Africa.

At a colourful nominations party held at Mensvic Hotel, East Legion, Accra, Ghana last Saturday, the nominations were announced by Hussein, chairman of College of Screeners.

In the Best Actor's category are Ramsey Nouah, Lucky Ejim, Majid Michael, Odera Ozoka and John Osie Tutu, for their roles in The Tenant, Sin of a Soul, The Figurine, Soul Diaspora and I Sing of a Well.